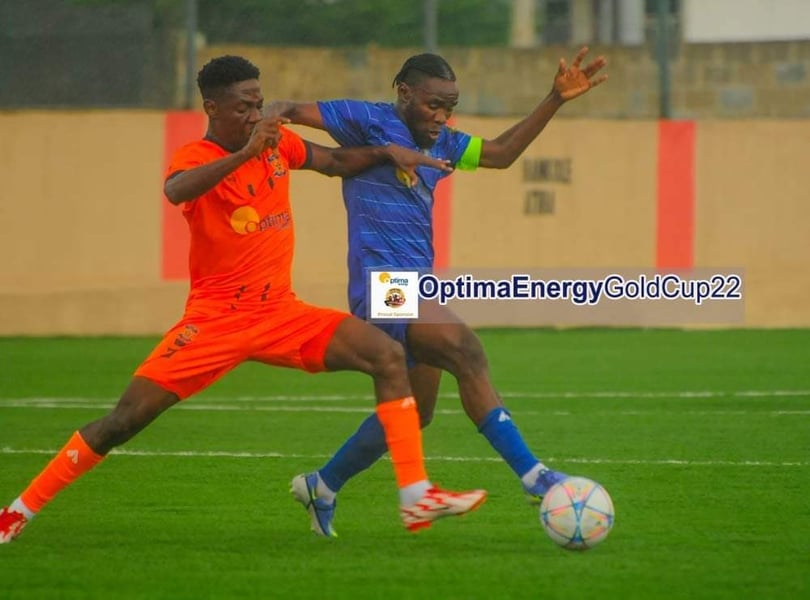 Shooting Stars of Ibadan will battle it out with defending champions Remo Stars in the final of the 10th edition of the Optima Energy Gold Cup.

In last year's edition of the competition, the Sky Blue Stars spanked the Oluwole Warriors 4-0 to claim the trophy.

It's a record for 3SC and Coach Gbenga Ogunbote, as both are making it to a third final of the preseason tournament after the Oluyole Warriors defeat Sunshine Stars by three goals to one.

The game was full of suspense and fireworks with end-to-end football that produced four goals and two in each half.

Anthony Okachi should have made it 1-0 for the Oluyole Warriors after his long-range shoot-on target rattled the crossbar of the Owena Whales. Sunshine Stars had their half chances but was not enough to put them ahead.

Shooting Stars took the lead in the 20th minute after good attacking teamwork, which saw Abdallahi Hassan finding the back of the net from a rebound as Mustapha Lawal punches Stone Samuel an effort away.

Sunshine Stars didn't let the lead last and responded 22 minutes after, as Uzoechi Ejike made it 1-1, scoring from the spot kick after a 3SC defender was penalized for a handball in the box.

Okachi who was a torn-on flesh for the Owena Whale defenders to give a two-goal advantage, turned away from his marker to shoot the ball beyond the reach of Sunshine Stars' goalkeeper.

As Sunshine Stars pushed for the equalising goal to stretch the game to a penalty shootout, they got punished in added minutes of regulation time for a penalty against them.

A needless foul on 3SC Promise Damala in the Owena Whales box left Joshua Akpan putting the icing on the cake for 3-1 and his 5th goal of the Optima Energy Gold Cup, thus making him the top scorer.