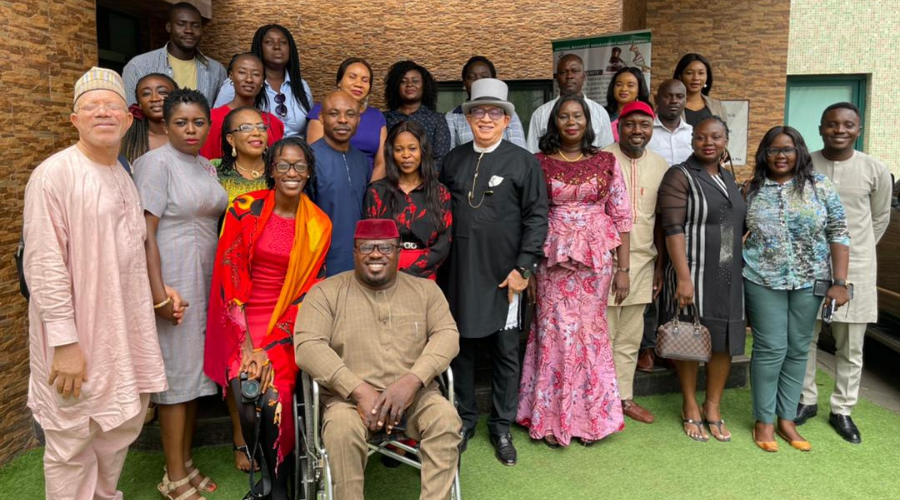 The Nigerian Union of Journalists (NUJ) has called on the Independent National Electoral Commission (INEC) to create special Continuous Voter Registration (CVR) centres or special points, for Persons With Disabilities (PWDs), for inclusion.

The Chairman, NUJ, FCT Chapter, Emmanuel Ogbeche, stated this on Wednesday at the Journalists for Disability Inclusion, (J4DI), stakeholders meeting in Abuja.

Ogbeche, who also doubles as the national coordinator, J4DI, noted that the call was necessary because of the mass number of people at the registration centres, which put PWDs at a disadvantage.

According to him, “There is a need for special centres or designated points within the existing centres exclusively for PWDs.

“This is because talking about 2023, we want inclusion and if you look at the INEC data, there is the possibility that there are more persons with disabilities that have not been able to register, given the shunting, the pushing and the distance.

“So we are making an appeal to INEC to consider setting special points exclusively for PWDs,’’ he said.

The chairman also lamented that most of the buildings of financial institutions in Abuja, especially those of banks, were not disability-inclusive as they had no ramps, but only staircases with no support system for PWDs.

He stated that it was high time journalists worked to enhance the inclusion of PWDs by, firstly, understanding the Disabilities Act and other policies regarding disability.

On his part, President and Founder of the Albino Foundation, Jake Epelle commended the journalists for the J4DI initiative, stating they had written their names in the sands of time by becoming the first entity to focus on PWDs issues.

“We are so proud of all of the work that many of you have done to see that history has suddenly become a reality, but a lot more has to be done.

“Please leverage on the platforms that we have created, access that we have been able to create, partners and very high profile individuals that we know to push the work further.

“Prepare yourself, get ready, and get on with the job, a lot more has to be done to project what you do, many of your media houses need to ensure that you give visibility to this worthy cause,” he said.

The President, Nigeria Association of Women Journalists, (NAWOJ), Ladi Bala, congratulated the journalists for putting up such an initiative to beam the searchlight on the plight of PWDs in Nigeria.

Bala urged J4DI to bring more people on board in order to enlighten the public on PWD inclusion and the need to dispel stigmatisation among others.

She called on the journalists to build their capacities and be abreast with issues around PWDs in order to report them better.

“You cannot give what you do not have, so we need to understand the Disabilities Act, understand the issues around disabilities, and package it in such a manner that we dispel stigmatisation,’’ she said.