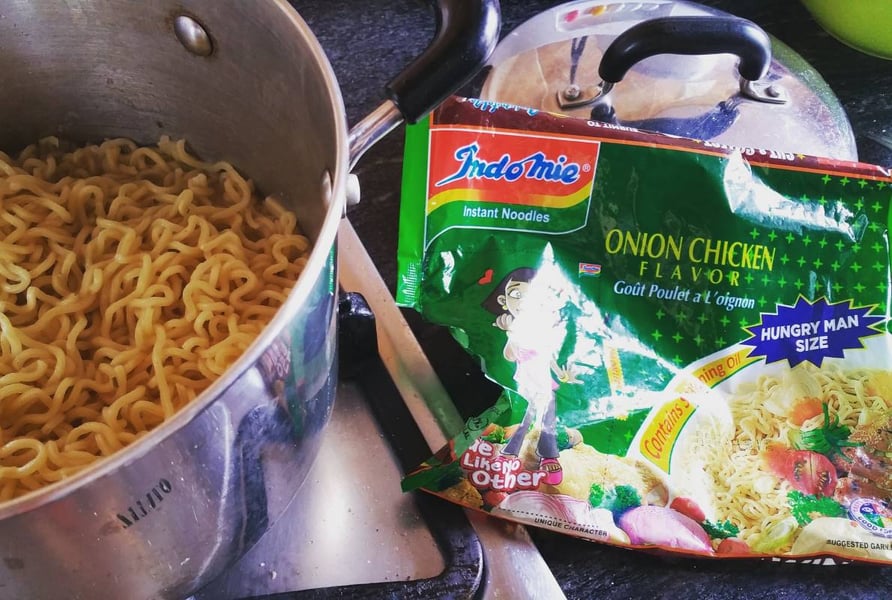 Nutrition experts have warned Nigerians against the daily consumption of instant noodles, noting that it is an unhealthy diet habit that should not be embraced.

According to the experts, instant noodles have no nutritional value and should not be a feature of daily diet of anyone.

Speaking during an interview with punch, the experts, the Chief Executive Officer of OSA Food and Solution, Obembe Oluwaseun, and a Public Health Dietitian and Senior Nutritionist with Light in the Darkness AIDS Patients Foundation, Ruth Onokudikoghene said it had become necessary to enlighten Nigerians that instant noodles lack nutritional value and could also cause severe health complications later in life.

According to Obembe, instant noodles are usually attractive because of the spices in them which made them sweet, but they contain nothing but just starch.

He also warned that the spices could even cause respiratory disorders and miscarriages in pregnant women.

“I’m a food processor and analyst, so we have done all this research, it’s very unhealthy and could cause cancer.

"I and my family do not eat it; instead, we go for spaghetti. Noodles are unhealthy and I can’t advise anyone to consume them at any time.

“Even if I want to plan a diet for someone, I can never put noodles.

"If any other of my colleagues are doing it, I will tell them. You know it’s not healthy, why are you putting it?

"And anything we do, we have to back it up scientifically.

“Instant noodles consist of carbonated properties which make it dangerous to be consumed daily.”

When asked if instant noodles could be prepared more healthily, he said, “In nutrition, we know something they call fortification, if they can fortify it, it’s okay.”

Onokudikoghene also backed the opinion of Obembe, noting that she is against the daily consumption of instant noodles.

According to her, most instant noodles also have high sodium content.

“I would recommend a substitute like spaghetti or go for oval rings than having to go for instant noodles.”

She added that the daily consumption of food high in sodium could in the long term predispose one to underlying conditions like hypertension, diabetes, and all the other likes.

“So, the sodium content is an issue. That is why we always encourage people to embrace proper nutrition and food diversity, not just having to take some noodles all the time.

"So, it’s a broad spectrum, so it’s very important to make proper daily selections of all the food classes and all the food groups that are available to us,” she said.

Speaking on the negative impact of the daily consumption of noodles, she said, “It has been noticed that it’s not only the adults that now have high blood pressure, even young children because of the poor nurturing that started early in life.

“That is one of the reasons why I always encourage parents to ensure that in the first one thousand days of life, children should be exposed to our local staple foods instead of having to go for quick fixes like instant noodles and all the like.

"So, parents should know that it’s not really what they should start a child on as food because children get used to what they are given, especially when it is something sweet.

"That is why you will hear a child say oh I want noodles instead.

“Now when the child consistently makes such food choices, over a space of time, when the child becomes an adult, he may continue with that wrong food habit that is not healthy.

“In the long term, that person may become predisposed to hypertension, obesity, and all the other lifestyle conditions.”

When asked how noodles could be made healthier, especially in preparation, she said, “For now, it’s not possible, except if they can make it a high-fibre diet.

"This is because the seasoning in it is already containing sodium.

"Seasoning is very small and would have given you the recommended daily allowance that is needed, that’s 6 grams, that’s 2,300 grams of sodium.

"So, if there is a need to make it healthy, probably you will have to do away with the seasoning and you will agree with me that most people would not want to make noodles without it.”