NYSC Hall Of Fame Showcases Achievements Of Scheme In Osun 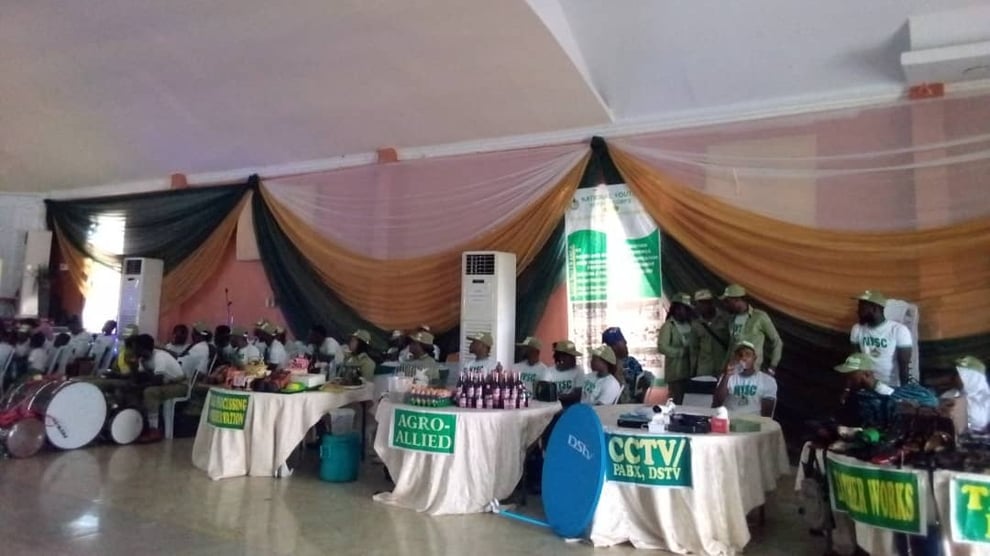 The National Youth Service Corps (NYSC) Osun Hall of Fame was conceived as an idea to showcase the numerous impacts and achievements of the scheme in the state.

It was also stated that members of the scheme since the creation of the state in 1991 have selflessly contributed to the socio-economic growth of the state.

The Osun NYSC state coordinator, Olayinka Abdulwahab made this known in her address at the maiden edition of the NYSC Osun State Hall of Fame on Wednesday in Osogbo.

She stated that through the platform that the scheme provided, corps members have contributed immensely to the development of sectors such as education, healthcare, infrastructure, agriculture, social, and others.

“Today, Corps Members form a percentage of teachers in the secondary schools in the urban and rural areas.

"The presence of our members in the classrooms and the society has brought about a renewed hope in the younger generation who equally strive to become like them, thereby encouraging the younger generation to embrace study in order to achieve their dreams of one day serving their fatherland as a ‘Corps Member’.

"The presence and contributions of the members of the corps at the various places of Primary Assignment across the State is indeed worthy of note.

"Many construction works, enlightenment programmes, donations, mass literacy, advocacy campaigns, medical outreaches have been carried out by Members of the Scheme in the State.

“The Scheme has also assisted sister organisations in the achievement of their mandates through the engagement of Corps Members in what the Scheme calls 'collaborative CDS' such as the Road Safety Group, the Drug free Group, the Anti-corruption Group, Breast without Cancer Group, the Freedom of Information Act Vanguards, among others.

"These groups assist sister organisations to carry out enlightenment and awareness programmes, campaign against vices, reaching a wider audience and connecting with the masses which has proved very effective as stated by the organisations.

“The Scheme has further served as a buffer for the Members against the scourge of unemployment.

"Through the in-camp and post camp training of the Skill Acquisition and Entrepreneurship Development programme, Corps Members who would have joined the teeming number of unemployed youths in the society after the service year now have a platform to leverage on to acquire a skill of their choice which has proved useful in keeping them off the unemployment list as they now have a means to sustain themselves while waiting for a white collar job.

"Some have cut their teeth in the world of business through the SAED initiative and today, rather than seeking for a white collar job have become employers of labour.

"We have testimonies of Corps Members who came into the State for the one year mandatory service and stayed back to establish businesses which today are booming to the glory of God, all courtesy of the NYSC SAED programme.”

Earlier, the NYSC Director General, Brigadier General Mohammed Fadah commended the state coordinator and her team for putting up such a laudable event in honour of the scheme’s decades of impact and achievements.

The NYSC boss stated that the scheme which in the past was a child of necessity had become an indispensable tool of national unity, socio-economic development and a rallying point for skilled manpower in the country.

“The patriotic zeal, dedication and selflessness exhibited by Members of the Scheme have been a source of pride to the Scheme and the nation at large.

"These qualities have propelled Members to embrace their deployment to States and regions other than that of their origin and also to accept postings to different local governments and places of primary assignments in good faith.

"The same qualities have made them to serve diligently, contributing meaningfully to the development of the various communities where they served."

While noting that the scheme presented a training ground of graduate youths as a collective responsibility, General Fadah urged all partners to see the success of the scheme as success for the states and the nation at large.

“The nation is in dire need of unity, cohesion and national integration, just as NYSC was the answer then, NYSC is still the answer now.

"I urge us to work together to strengthen the Scheme and commit our all to the training and recalibration of the mindset of our graduate youths towards nation building and integration.

"They are the solution to the challenges bedeviling the nation and therefore we all across divides must join hands together to ensure our legacy of about 5 decades remains stronger and vibrant.”