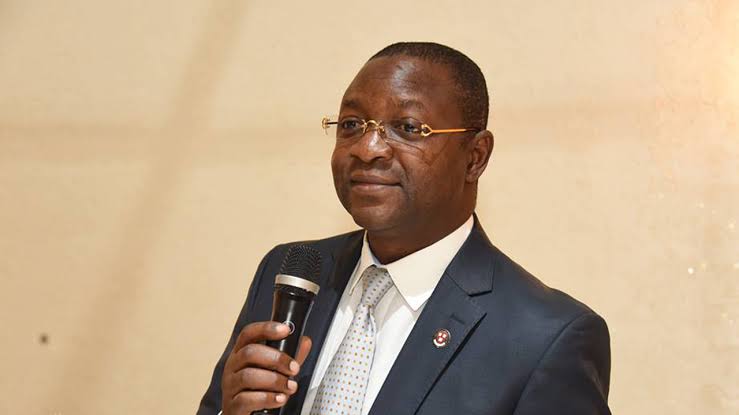 The Minister of Youth and Sports Development, Sunday Dare, has stated that the National Youth Service Corps (NYSC) is here to stay as its contributions to national development is irrefutable.

Dare made this statement in Abuja on Saturday night at the premiere of an advocacy movie produced by the NYSC entitled “A Call to Service”.

The movie, an appreciation for the scheme’s relevance in promoting patriotism, national unity, peace and cohesion, was produced to showcase the objective of NYSC.

The Minister applauded the timely release of the movie as the relevance of the scheme has been under public scrutiny and debate in recent times.

“The timing of this movie could not have been better after weeks and months of debates about whether the NYSC is relevant or not and whether the scheme should be scrapped or should continue.

“The answer to the critics, to the anti-NYSC is in the premiere of this movie. This movie needs to travel and hit every viewing platform across this country and in the diaspora; it must go viral.

“The message must go out strong and clear, that the NYSC has come to stay. The scheme is more relevant now than it has ever been before,” the minister said.

Dare said that the release of the movie would assist the ministry with its plans in ensuring that the NYSC Trust Fund is created.

According to him, I believe that before the end of the first quarter of next year when we have done all that is necessary, I will be able to present a memo to the (Federal Executive) Council for the establishment of an NYSC Trust Fund.

General Yakubu Gowon, former Head of State and initiator of the NYSC, urged the legislative and executive arms of the Federal Government to take the necessary steps towards establishing the NYSC Trust Fund.

Gowon, who was represented by Yusuf Nalado, member, NYSC Governing Board, said that the gesture would ensure the sustenance of the scheme and the future of the Nigerian youth.

Gowon called on Nigerians to continue to support the scheme to sustain the achievements of its mandate.

Brigadier General Shuaibu Ibrahim, the NYSC Director-General, said that the scheme produced the movie to drive the relevance of the scheme and also to provide a platform for corps members to develop their potential.

Ibrahim said that the movie is also aimed at educating local and foreign-trained graduates that national service is mandatory and failure to comply will attract legal consequences.

“You are all aware that NYSC has for long become a household name in Nigeria owing to its invaluable contributions to national unity and development.

“In particular, its role in the training and mentoring of the youth in preparation for their future leadership responsibilities have been appreciated by all and sundry.

“The movie we are unveiling today is part of the innovative approaches of the present management to engendering a greater appreciation of the relevance of the scheme.

“It is an advocacy and sensitisation tool that is also expected to influence a greater commitment of stakeholders to their roles and responsibilities as spelt out in the NYSC Act Cap N84 Laws of the Federation of Nigeria 2004 and the NYSC Bye-Laws.

According to Ibrahim, the movie is also produced to encourage local and foreign-trained Nigerian graduates that are eligible for national service to make themselves available upon graduation.

He said that this would prevent the graduates from being found guilty of absenteeism, absconding, or certificate forgery.