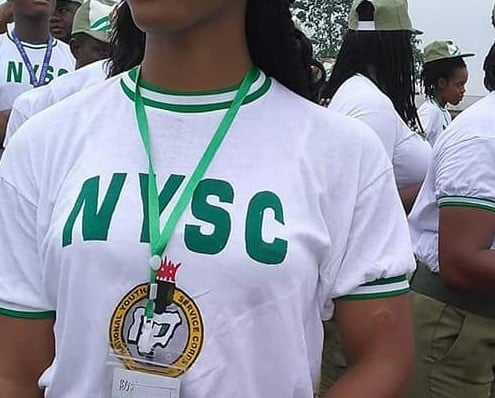 The Osun State Police Command has arrested a hotel manager, Joseph Adeleye, for allegedly raping a corps member in Osogbo, the state capital.

The corps member who spoke on the condition of anonymity said the raping incident occurred on Friday, March 25, 2022, around 8:30 pm, saying she was attached to the hotel as her Primary Place of Assignment (PPA) and serving as the administrative officer of the organisation.

While narrating her ordeal, she said last week Friday night, when she was on duty, the manager ordered her to bring a bottle of beer to his hotel room, which she did.

After making the delivery, he started making enquiries from her about her plan after she might have completed her service year and said she was not too comfortable with his questions because they were in an enclosed room.

A few minutes later, Adeleye started touching and rough-handling her which she resisted by pulling his hands off her body but as she was helpless, he raped her.

According to the statement she made available to us, she wrote:

“The manager, Adeleye requested that I should bring a bottle of beer to his room, after he collected it, he started to inquire from me about my plan after NYSC, I was not too fine with it because we are in an enclosed room, a few minutes later he started touching me and I resisted pulling his hands off my body, but suddenly, he pulled me closer and turned my face on the bed and put his hands in my trouser and inserted it in my private part.

“He then pulled my trouser from behind, turned my face up and wanted to penetrate my private part, I was resisting him. He was too heavy for me, I even bite him, yet, he carried on. I shouted at the top of my voice but no one could hear me because the room was a bit far from where other members of staff are.

“He penetrated and he poured his semen on my body and pant. When he discovered that I can’t breathe very well, he stood and I ran out of the room.

“The following day, two of my female corp members discovered I wasn’t playing or relating with them very well, they inquired what happened. I couldn’t tell them at first, but when I couldn’t hold the tears anymore, I told them what happened to me and they encouraged me to report the matter to the police and I did. He was later arrested and detained.”

When our correspondent contacted the spokesperson of the Osun State Police Command, Yemisi Opalola, she confirmed the incident.

Opalola said the police arrested and detained Adeleke, a hotel manager for allegedly raping a corps member, who was serving in the hotel as her Primary Place of Assignment, after the corps member reported the case to them.

The police spokesperson added that the suspect will be charged in court after the completion of the investigation.