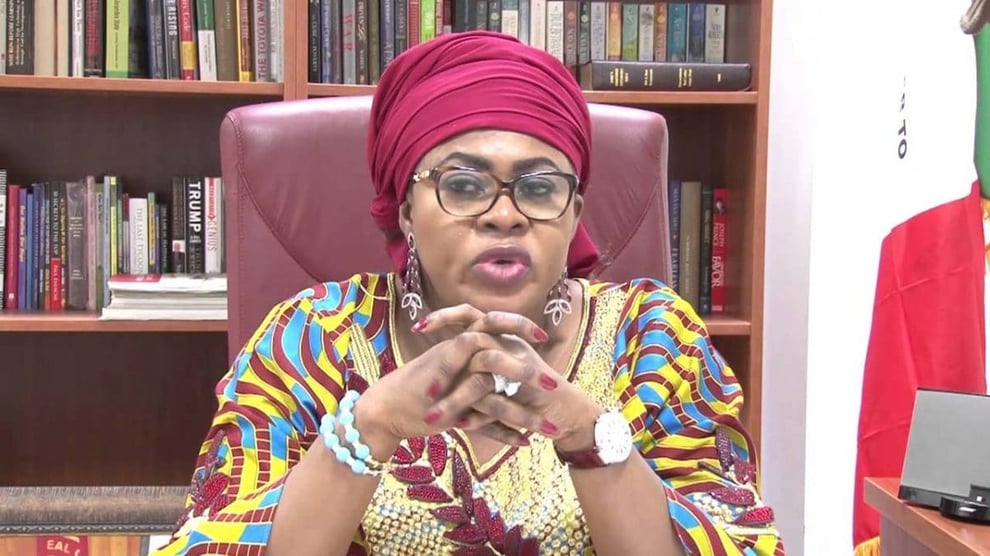 The Director-General of the NYSC made this known in a letter marked NYSC/DHQ/PPRU/783/Vol III, signed on his behalf by the Director, Press and Public Relations, Eddy Megwa.

The letter which was a response to an inquiry made by the Concerned Anambra North PDP Stakeholders said Stella Oduah started but did not complete the programme.

The said group had earlier written a letter to NYSC claiming that some officials of the agency were joining hands with the lawmaker to conceal the truth.

The agency in the response letter which was titled  ‘Re: Doubtful NYSC Participation Collusion of Some Unscrupulous Staff of NYSC Concerning Stella Adaeze Oduah (Senator), Save the Image and Reputation of the Scheme’, maintained they were not helping Oduah.

“In response to your request, we wish to state that the facts of the matter remain as follows: Stella Adaeze Oduah was mobilised for national service in 1982/1983 service year and deployed to Lagos State.

“After the orientation course, she absconded and never completed the national service. The consequence of this is that she is not qualified for the issuance of the certificate of national service.

Section 2 (1) of the NYSC Act makes it obligatory for every Nigerian who graduates to “ make himself available for service for a continuous period of one year from the date specified in the call-up instrument served upon him,” the letter read in part.

Oduah had said she completed her NYSC but her certificate got missing along with other credentials in her form CF001 forms submitted to the Independent National Electoral Commission in 2019.

“Sometime in 2010 while in transit from Akili Ozizor in Ogbaru local government area to Abuja, I discovered that some of my personal belongings were missing.

Punch reports that Lawyer Inihebe Effiong had noted that a Federal High Court had already ruled that possessing an NYSC certificate was not a condition for holding public office.

He however said having sworn that she possessed the NYSC certificate when she did not could lead to disqualification and perjury.

“The court has ruled that the NYSC Act cannot be superior to the 1999 constitution which already outlines the prerequisites for holding public office. However, if she claimed on oath that she possesses an NYSC certificate when she had none, then this is perjury and is also grounds for disqualification,” Effiong said