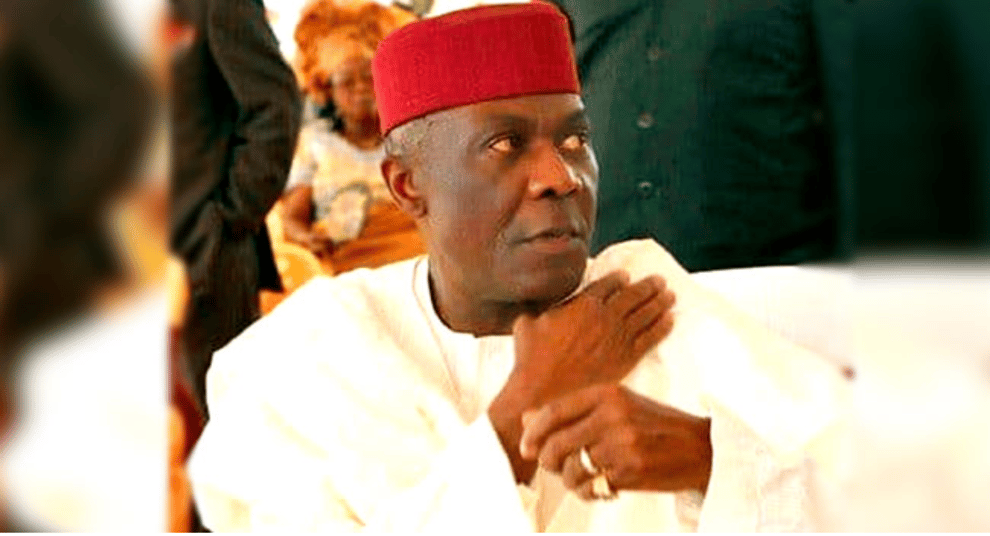 The family of the late Senator Arthur Nzeribe says it has begun traditional consultation for the funeral rites of the late business mogul and political icon.

Late Nzeribe died on May 5 at the age of 83 years following a protracted illness.

The family made the disclosure on Sunday in an official statement titled 'Our mighty Iroko has fallen: Sen.Chief Francis Arthur Nzeribe is dead'.

The statement jointly signed by Messrs Ojiabu Francis Nzeribe, Anthony Akpati Nzeribe, and Ojiabu Oliver Nzeribe, for and on behalf of the Nzeribe Royal family reads thus, “The Nzeribe Royal family of Umudei royal village of Oguta in Oguta Local Government Area of Imo State in total submission to the will of God Almighty and in appreciation of a remarkably worthy life hereby announces the death of our son, cousin, uncle, husband, father and grandfather, Distinguished Sen. Francis Arthur Uzoma Nzeribe.

“While we are pained by this loss, we are proud of the African legend who distinguished himself in various fields including sports, international business, politics, and gave the Nzeribe clan worldwide acclaim.

“The family has immediately commenced the necessary traditional consultation and will in due course release a programme for his funeral rites,” the statement read in parts.

It appealed to the public to respect the privacy of the family and the solemnity of the event to enable them to grieve in peace.

The deceased represented Orlu Senatorial District from October to December, 1993 in the second republic under the Nigeria Peoples Party (NPP).

In the third republic, late Nzeribe represented Imo West at the senate between 1999 and 2007 under the platform of the Peoples Democratic Party (PDP).