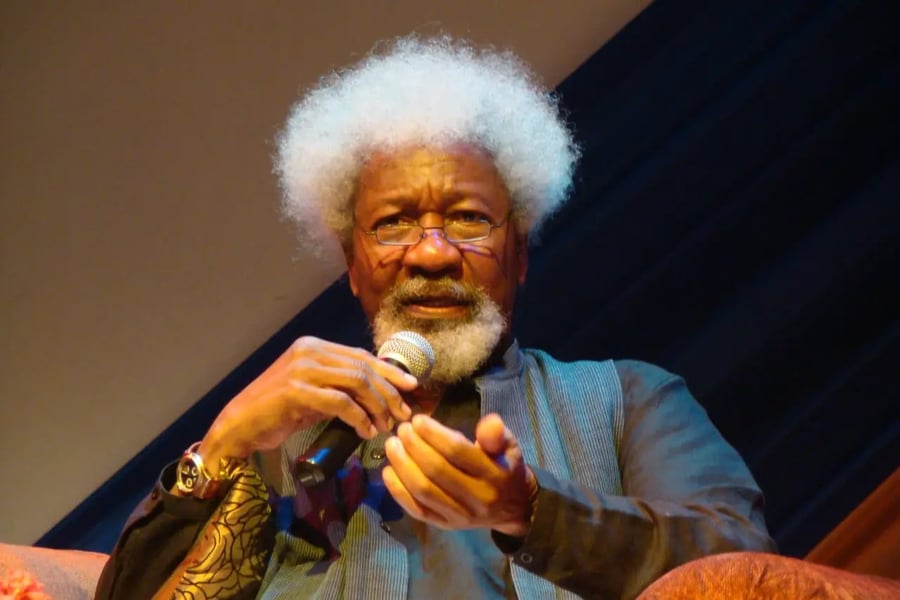 Professor Wole Soyinka has weighed in on the protests by indigenes of Ile-Ife over the announcement of a non-native as the next Vice-Chancellor of Obafemi Awolowo University (OAU), calling it "crazy".

The Nobel laureate made the remark at a lecture titled 'The Politics of Black Intellection and Creativity, at the University of Pennsylvania, the United States', the first in the newly-inaugurated series in African Studies.

While responding to a question from Professor Wale Adebanwi, Presidential Penn Compact Professor of Africana Studies, Department of Africana Studies, University of Pennsylvania, Soyinka stated that the incessant kidnappings, ritual killings, and violence that have become the order of the day in Nigeria were shocking.

When asked to bare his thoughts on recent happenings at OAU, Professor Soyinka criticised the protesters, saying what they did was crazy.

"An Ife person wrote me and say, look at these people disgracing us. I told him to go there and disgrace them. You are an Ife person. You should be in the front line.

"The Ife people should say those people don’t belong to us, we don’t know where they came from. And they should be dealt with ruthlessly.

"Why should there be an Ife VC anywhere? I just don’t understand what they put in the water these days. It is crazy", he stated.