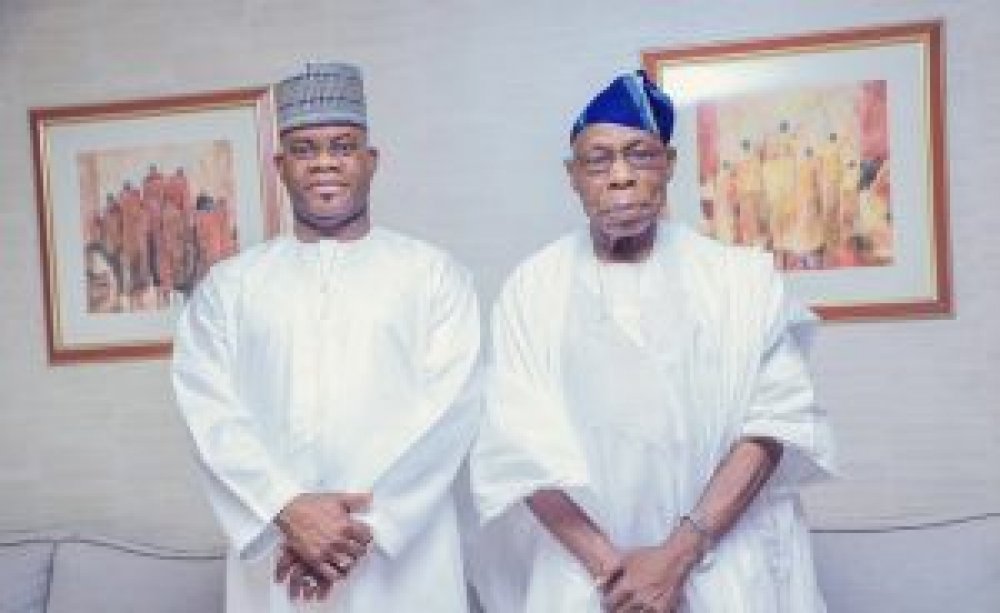 Governor of Kogi State, Yahaya Bello says he has received commendation from Nigeria's former President, Olusegun Obasanjo on his efforts in providing security, good governance, and infrastructure in the state.

The Chief Press Secretary to Kogi governor, Mr Mohammed Onogwu, disclosed this in a statement on Sunday in Abuja.

Onogwu, who quoted Obasanjo as making the commendation when he met with the governor on Sunday in Abuja, added that the former president urged him to sustain the efforts.

He stated that the meeting between Bello and the former president ended with fruitful discussion.

Obasanjo while commending Bello for successfully tackling insecurity in the state, said Kogi was central to the nation’s development.

He urged the governor to sustain his efforts in providing security for his state, noting that Kogi was central to the nation’s peace and development.

The former president noted that the fight against insecurity should have everybody on board, stressing that governors should involve everyone to ensure insecurity is curtailed in Nigeria.

Obasanjo appreciated the governor for his developmental efforts in the state especially in the areas of youth and women inclusion in politics and governance, infrastructure, health and education.

He further urged the governor to continue to be an advocate for youth involvement in governance.

Responding, Bello thanked the former president for his statesman’s role, fatherly disposition and wealth of wisdom which the young leaders are privileged to tap from.

The governor noted that though his state was surrounded by 10 other states and the FCT making it the nexus between the South and North, West and East of Nigeria, Kogi, one of the 19 Northern States, stands in stoic defense against criminal elements.

This, he said, had made Kogi one of the safest states in the country.

Bello assured Obasanjo that he would not relent in the fight to ensure total safety for his people and will continue to do his best to ensure his electoral promises are fulfilled.

The governor prayed that God would continue to protect the statesman and grant him good health and long life.