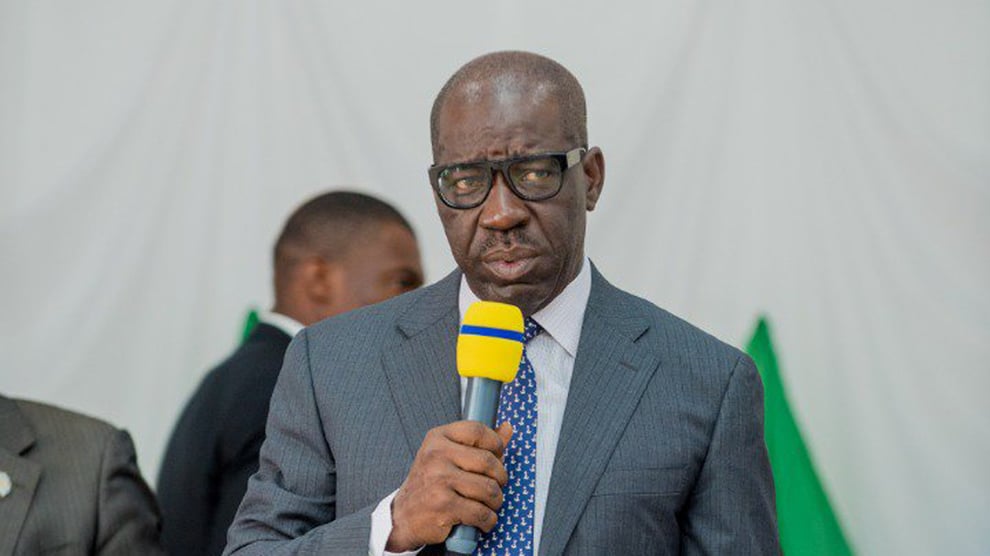 Edo State Governor Godwin Obaseki has pledged to mobilise contractors to the failed portion of the Benin-Sapele Highway.

Obaseki made the declaration when he visited the bad road in the company of the Secretary to Edo Government, Osarodion Ogie, and the Permanent Secretary, Ministry of Infrastructure, Fergurson Enabulele.

He was addressing protesters who had barricaded the road to call attention to its deplorable state.

The protesters had barricaded the road for some days over its poor state, which, they said, had brought untoward hardship to users.

“I hope that the Federal Road Maintenance Agency and Federal Government are not playing politics with this road.

“I have seen your plight and suffering, I will immediately mobilise contractors to begin work here on Tuesday.

“I will mobilise two contractors here to start rehabilitation of the road being handled by Reynolds Construction Company.

“Please speak to your people and the youths to open the road to traffic now. We will send our men here on Tuesday to begin work,’’ the governor said.

The spokesman of the protesters, Daniel Omoregbe, thanked the governor for the step taken and explained that users were anguished by the pains they experienced using the road.

“We are grateful and happy that you came here to see how we are suffering; we are satisfied and will open the road to the free flow of traffic now.

“We hope to see the rehabilitation of the road begin on Tuesday as promised,’’ he said.