Obaseki Win Is Victory For Democracy In Nigeria’ - Usidamen 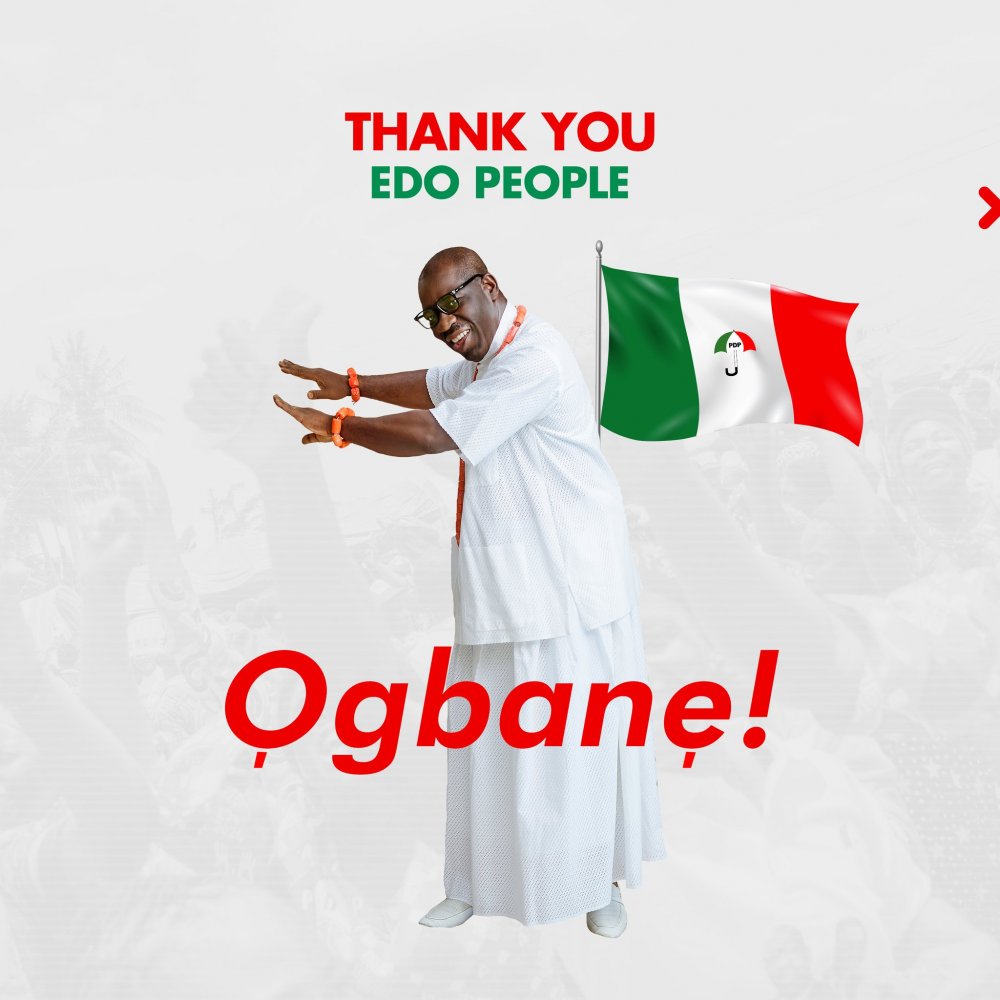 Following the emergence of Godwin Obaseki—incumbent governor of Edo and candidate of the People’s Democratic Party (PDP)—as the winner of the 19th September gubernatorial elections in the state, convener of the I am Edo Movement, Tony Usidamen, has described the win as a victory for democracy in Nigeria.

According to official results announced by the Independent National Electoral Commission (INEC), Obaseki polled 307,955 of the valid votes cast to defeat his closest challenger, Osagie Ize-Iyamu of the All Progressives’ Congress (APC), who had a total of 223,619 votes.

The victory is all the more significant as the latter had the backing of ‘political heavyweights’ in the state.

In a statement by the socio-political organisation, which was sent to AllNews on Sunday, Usidamen noted: “As in established democracies, the will of the people is supreme.

"This isn’t just a win for Obaseki, the PDP, and the good people of Edo; it is a victory for Nigeria as a whole. And it proves that we are ready to embrace true democracy.

Usidamen continued: “This election has shown that nothing can stop a people with the collective will to succeed at a common cause. And great leadership can inspire that sense of confidence and willpower in the hearts of the people by modeling it. Now, the rest of the country can follow the Edo example and reclaim the power to choose who they want to lead them—a basic right that was ceded to political godfathers.”

“I must thank President Muhammadu Buhari for keeping to his promise to ensure that the elections are credible. Indeed—but for a few logistic challenges, and pockets of violence in some areas—the elections were largely peaceful, free, and fair.

"INEC and the security operatives have done a commendable job. Hopefully, they can draw from lessons learned to organize even better elections in Ondo.”

On expectations for Obaseki’s second term, Usidamen said: “With this victory comes a huge responsibility and greater scrutiny.

"This is not the time to relax, as most governors do in their second tenure in office. Rather, Edo people expect you to continue the remarkable work in education, healthcare, infrastructure development, economic diversification, as well as job creation. And we will hold you to the highest standards.”

Comprised of young professionals, the mission of the I am Edo Movement is to galvanize Edo people, particularly the youth, to take control of their destiny, and join in the process of restructuring, remodeling and rebuilding the state, so that all citizens can journey towards their dreams with confidence and dignity.

It is a vehicle through which citizens can aggregate their interests, voice their preferences, and exercise the power necessary to effect sustained change. Its ultimate aim is to instill a real sense of pride and patriotism in all people of Edo heritage, home and abroad.

Tony Usidamen can be reached on [email protected]