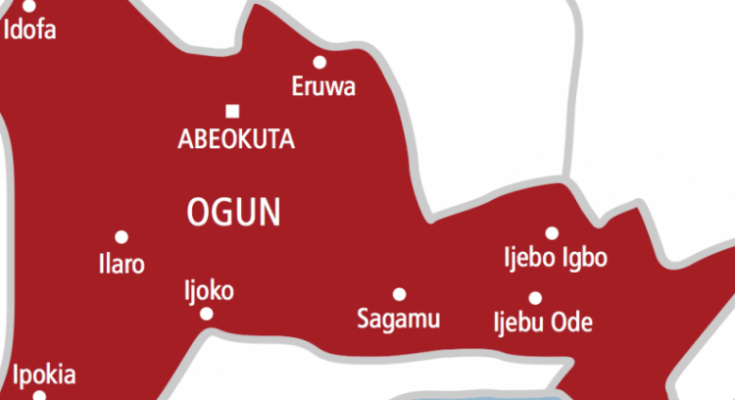 The family said that Prince Azeez Adedeji remains eligible to be monarch of Ibese land.

The protesters stormed the Oke-Mosan office of the governor with different placards, bearing different inscriptions.

They rejected Prince Rotimi Mulero as the candidate to fill the vacant throne of Ibese land.

Speaking on behalf of the ruling house, the Asiwaju of Ibeseland, Prince AbdulAkeem Adedokun said that some powerful people in Ibeseland were threatening the peace of the land by subverting the process.

He submitted that Mulero was neither nominated nor selected by Oloko Ruling House but was rather the unilateral and arbitrary choice of the kingmakers.

Adedokun stated that Prince Azeez Adedeji Idowu remains the Oloko Ruling House's one and only candidate and none one else.

He appealed to the  Governor of Ogun State, Prince Dapo Abiodun to come to their aid in ensuring the right candidate becomes the king of Ibese land.

Adedokun also accused the attorney general and commissioner of justice in the state of collecting huge amounts of money from Mulero to favour him.

"Today’s protest is about the filling of the vacancy stool at Ibese. We have started this since 2016/2017, we were given a directive by Yewa North Local Government to go and present a candidate that will sit on the throne, according to the tradition, we consulted the Ifa oracle.

”I was one of the contenders but at the end of the day, AbdulAzeez Adedimeji was chosen, after the Ifa oracle issue to clear everybody’s mind a family as a whole voted for Adedimeji. On the 28 of January 2017,  we presented him to the kingmakers in an open elaborate ceremony and they accepted him but we were so surprised that after two months, we heard they want to do another presentation from which ruling house.

“Your Excellency the Governor of Ogun State, we hereby request you not to only to reject Honourable Ogungbade’s opinion and recommendations outright, in their entirety but also to declare Honourable Commissioner as totally unfit to occupy the highly identified and respectable position of Attorney General and Commissioner for justice.

“We hereby categorically declare that Prince Azeez Adedeji Idowu remains the Oloko Ruling House's one and only candidate and no one else. That Prince Mulero was neither nominated nor selected by Oloko Ruling House but was rather the unilateral and arbitrary choice of the kingmakers.

"The court should be allowed to handle the Ibese obaship succession case now before it, "he concluded.

Meanwhile, the Commissioner for Local Government and Chieftaincy Affairs, Afolabi Afuape has called on the people of the community to remain calm, assuring that the issue will be looked into.

He appreciated them for coming to show their grievances to the government.

"Protest is part of the way to show your grievances but I would have appreciated you more if you have sent a delegation letter to me, we are here to resolve the crisis, we are here to put record straight and we are here to do justice. I am sure we have 4 kingmakers and three on one side and one on the other side and we can not make someone a king without the support of the kingmakers.

"The kingmakers only have the right to choose a king also the family has the right to present a candidate. We need to go back to the drawing board and bring everybody together, go and do things that will unite you more, " he concluded.