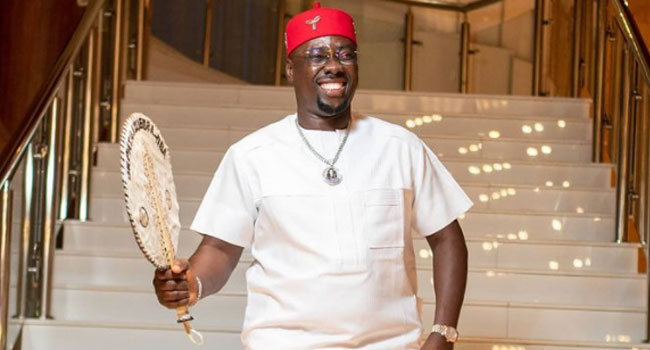 Recall the Anambra-born club owner was arrested and taken to the headquarters of the anti-graft agency, Jabi, Abuja, on Monday, following allegations of money laundering and tax fraud.

AllNews Nigeria reports that Obi Cubana was released on Thursday evening after he had spent three days in detention undergoing interrogations.

According to the spokesman of the commission, Wilson Uwujaren, who confirmed the release to reporters on Thursday night,

However, there are indications that the Obi Cubana would be summoned in future to defend himself in court over issues bordering on currency abuse, tax fraud and money laundering based on what a top source called ‘verified business transactions’.