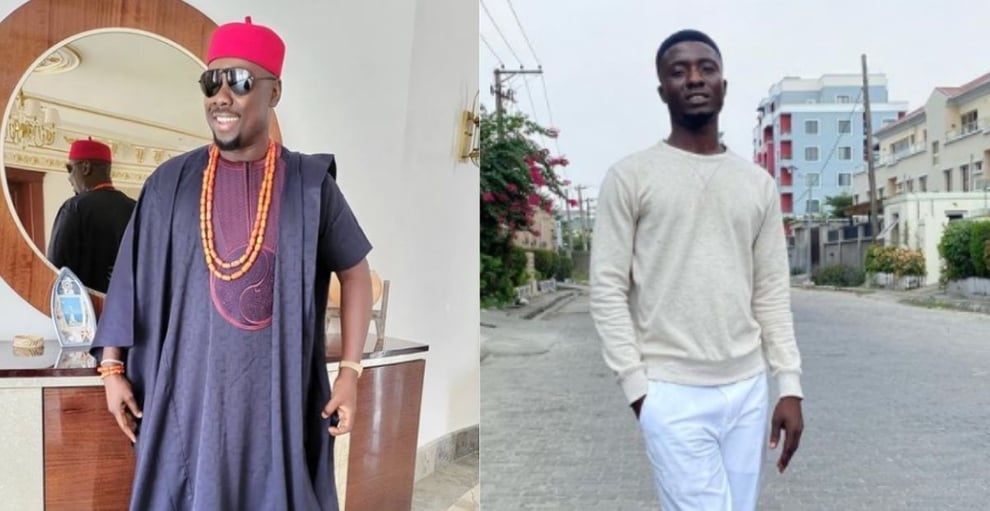 Nigerian socialite Obi Iyiegbu popularly known as Obi Cubana has promised scholarship and employment in any of his organizations to Ekuma Jeremiah, the traffic hawker who was captured in a viral video giving out money to prisoners in a correctional service vehicle in Ajah.

Speaking in an interview with broadcaster and radio talk show host, Daddy Freeze, on Instagram Live, Obi Cubana said he is ready to sponsor the young man to a Master's degree level with comfort and with no condition attached to it.

“Love should be shown in our actions and not just in our words. I want to meet the young boy who despite being a hawker, gave N100 notes to people in a prison van and was not even aware that he was been filmed by a concerned passerby who was driving on the same road.

“Anyone who knows him should connect the boy with Daddy Freeze or me. I want him to go to school in good condition, and I would see him through the University, and if he wants to do his Masters degree abroad, I would also make sure that he is comfortable while going to school because his generosity touched me.”

“He will do University, anything he wants, and then by God’s grace I know I will still be standing by the time he is done with school, he has a place in any of my organizations at the top level and if by God’s grace he finds a higher calling, you see there is nothing tied to this, I do not expect anything in return."

Jeremiah Ekuma was spotted in a viral video distributing N100 notes to prisoners in a correctional service vehicle in Ajah.

Speaking with Punch on the reason for his action, he said it was out of pity.

According to him, he has the freedom to make choices while the prisoners are denied these basic things.

“I was not inspired by anyone. I gave the inmates money out of pity. I didn’t do that because I’ve been to a police station… since I was born, I have not been detained in a police station.

“Though I am very poor and sell bottled water, I still have my freedom, I can eat whatever I want to eat and go anywhere I want to go, but the prisoners do not have that freedom.

“They are being denied of many things. They cannot make a choice of what to eat, they take whatever is given to them. Sometimes when they crave to sleep, they would be denied but I can sleep whenever I’m tired.

“So, immediately I saw them, I was touched. I gave the first person N100 then others started begging me for help, so I decided to also give them. Basically, it was due to pity.”