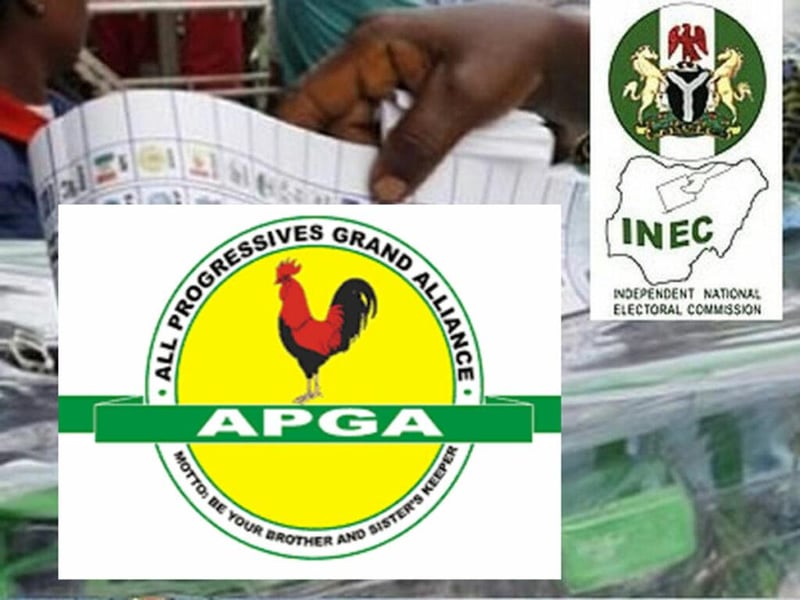 The All Progressives Grand Alliance (APGA) has denied the alleged planned defection of the incumbent Governor of Anambra State, Willie Obiano, and the Governor-elect of the state, Chukwuma Soludo, to the All Progressives Congress (APC).

The National Co-ordinator of APGA Media Warriors Forum, Chinedu Obigwe, who debunked the story on Monday at a press briefing in Awka, Anambra State, described the claim in some quarters as “a lie from the pit of hell.”

Shortly after the Anambra State November 6 governorship poll, rumours stated that Obiano and Soludo would join APC as one of the conditions given to them by powers that be to allow a free and fair poll in the state.

Obigwe at the Monday press briefing said, “It’s important to say it boldly that the battle Governor Obiano fought on November 6th was a battle for the survival of APGA as the only Igbo party in Nigeria. He fought that battle with all his heart and God gave him victory.

“There was never a time Governor Obiano promised anybody that if Soludo wins the election, both of them will join APC.

“Governor Obiano nurtured a good relationship with President Buhari administration for the betterment of Ndi Anambra. The President respects the fact that Obiano is the leader of APGA and accords him that respect.

“President Buhari did not lobby him to join APC because he knows very well that Governor Obiano will not accept to abandon APGA, a party that has Igbo interest at heart and defect to APC.”

Obigwe added, “The only thing Governor Obiano did that worked in favour of APGA in the November 6th governorship election is that he extracted a free and fair election commitment from President Buhari.

“The President promised him that the election would be free and fair without interference from the Presidency.

President Buhari fulfilled the promise and the resultant effect is that the November 6th governorship election is now being applauded by Nigerians and international communities as the most free and fair election conducted by INEC in recent times.”

“It’s childish propaganda for anybody to say that Governor Obiano promised to join APC with Soludo,” Obigwe stated.