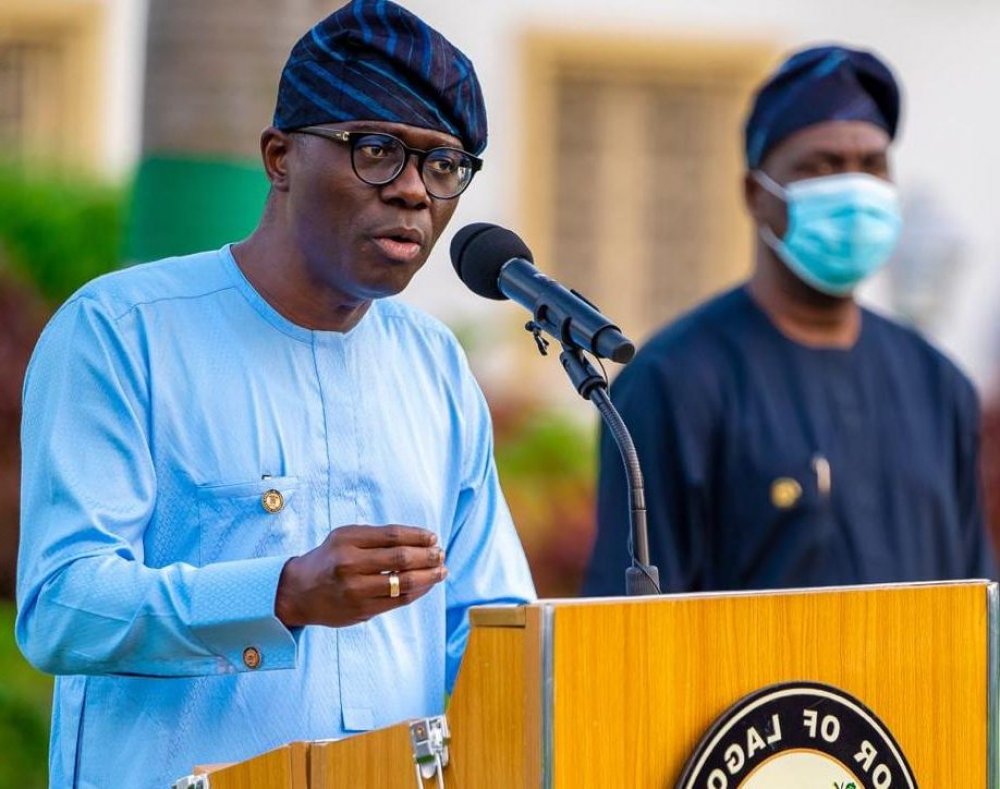 Governor Babajide Sanwo-Olu of Lagos State has vowed to ensure that the police officers who allegedly brutalised #OccupyLekkiTollgate protesters on Saturday are brought to book.

Sanwo-Olu made this know through the State Commissioner for Information, Gbenga Omotoso on Tuesday at a media briefing organised by the Lekki Concession Company.

Speaking at the event, the state commissioner said that Sanwo-Olu never directed the police to assault anyone, adding that the governor would not stand by and watch Lagosians being brutalised.

According to him, “The governor is very unhappy with what happened on Saturday, that people were brutalized, and he has directed Police Commissioner Hakeem Odumosu to investigate the matter.

"Whoever is found culpable, I assure you, will not go without punishment. This is because Sanwo-Olu has said it loud and clear that he is not somebody who will abuse the rights of others.

“That’s why when the whole thing started, you will recall, he joined the protests twice. He waved the flag, he carried the placard and he took the position of the protesters to the President. Besides that, he addressed them. So, he is not going to be the one who will stand by and watch Lagosians being brutalised.”

It could be recalled that there are lots of reactions from Nigerians following the arrest of 40 persons who protested peacefully against the reopening of the Lekki Tollgate Plaza in Lagos State.

The peaceful protesters were arrested on Saturday and locked up in standby Black Marias. However, the police consequently brought them before a mobile court in Yaba for conspiracy, conduct likely to cause a breach of the peace, and violation of COVID-19 protocols.

The Lagos State Judicial Panel of Inquiry probing police brutality and alleged killings of #EndSARS protesters by soldiers at the Lekki Tollgate had ruled that the tollgate be handed back to its operator, Lekki Concession Company, after forensic experts submitted their report on the October 20, 2020 incident.

Four out of the nine members of the panel had faulted the report of the forensic experts hired to comb the scene for evidence and rejected the application by the LCC to take possession of the facility, which had been shut down since the probe of the shootings started.

The four members who rejected the forensic report are the two representatives of the civil society Ebun-Olu Adegboruwa (SAN) and Ms Patience Udoh; as well as the two youth representatives on the panel – Rinu Oduala and Temitope Majekodunmi.

An #OccupyLekki protester arrested on Saturday
But the chairman of the panel, Justice Doris Okuwobi (retd.), and four other members of the panel acceded to LCC’s request to repossess the tollgate.

Subsequently, hashtags #OccupyLekkiTollgate and #DefendLagos trended on social media for and against the reopening respectively.

AllNews reported that Lagos State and the Federal Government, as well as the police, had warned the protesters to shelve the demonstration but some of them defied the warning and came out on Saturday to protest against the reopening.

The demonstrators at different times in the day came to the tollgate in units and small groups, expressing their displeasure at what they described as injustice on the part of the government.

The majority of them, including the popular comedian, Debo Adedayo, well known as Mr Macaroni, were hounded by armed policemen, thrown into waiting for Black Marias, vans, and whisked away.

Some people walking along the tollgate were also accosted by the police and taken away. Their attempts to explain where they were heading were rebuffed.

Later in the day, 40 protesters were arraigned for allegedly conducting themselves in a manner capable of causing a breach of the peace.