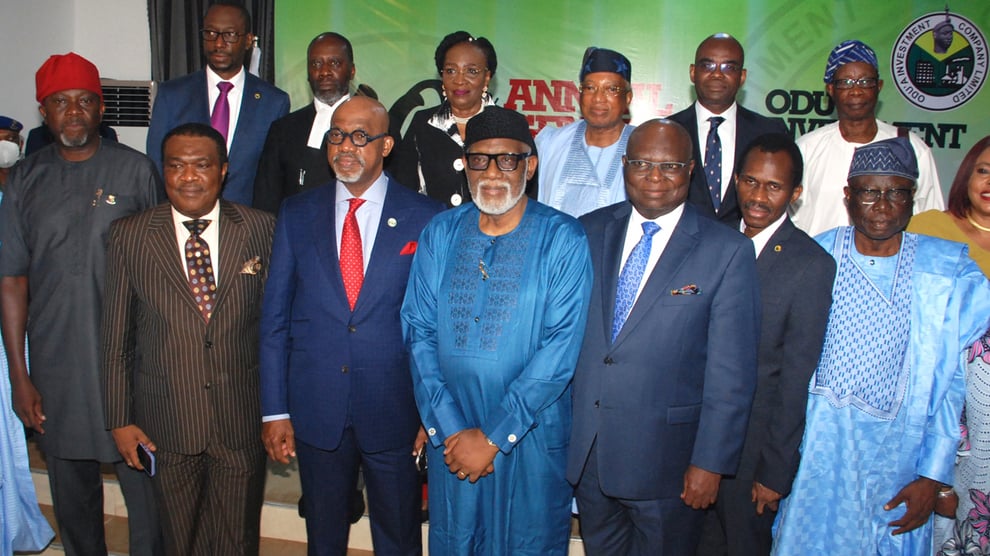 The payment of shareholders’ final dividend which amounts to N418.4 million has been approved by Odu’a Investment Company Limited 2021 financial year, which reflects a 15% increase compared to the N364 million paid in the previous year.

This was approval was granted at the company’s 40th Annual General Meeting (AGM) held at the Lagos Airport Hotel on Wednesday, June 22, 2022.

Dignitaries such as the Governor of Ondo State, Oluwarotimi Akeredolu (SAN), the governor of Ogun State, Adedapo Abiodun, and other representatives of Lagos, Oyo, and Ekiti State were all present in the meeting.

Shareholders of the company were also represented by the Secretaries to the State Governments (SSGs) of Oyo, Ondo, Ogun, Osun, Ekiti, and the Lagos States.

A profit before tax of N9.37 billion was posted by the company in 2021 compared to N1.12 billion printed in the previous year.

However, Adewale Raji,  the Group Managing Director/CEO of Odu’a Investment Company, explained that the profit before tax for the review year included revaluation gains of N7.11 billion.

Therefore, if the accounting gains were removed, the normalized PBT for 2021 will be N2.26 billion, which represents a 102% growth in profit against the N1.12 billion declared in the previous year.