He was arrested after a distress call was received by the Sango Ota Police Division in Ogun State.

The police personnel responding to the distress call foiled a planned robbery operation targeted at Agoro community within the divisional jurisdiction.

The operatives had, acting on the information, stormed the gang's hideout at Abanikole Junction on May 12.

After the stung operation, a locally-made double-barrel pistol and one live cartridge were recovered. 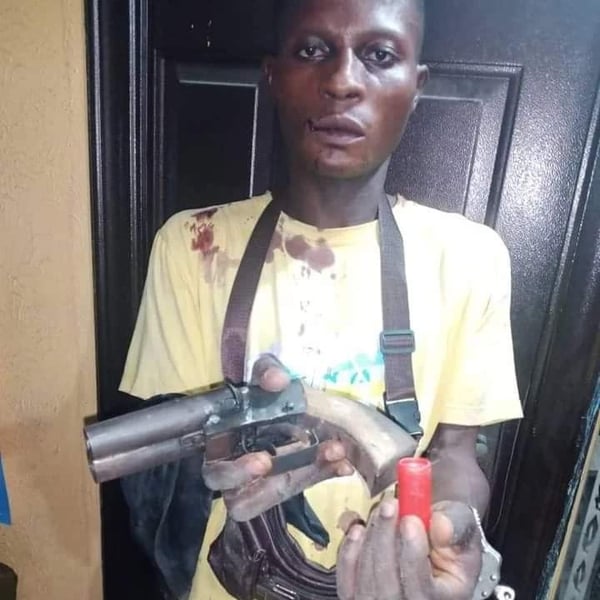 Spokesman for the state police command (PPRO), Abimbola Oyeyemi in a press statement stated that the DPO, Saleh Dahiru, upon receiving information that the hoodlums were about attacking the community, quickly moblised his patrol team and moved to the suspects hideout at Abanikole junction where the suspect was arrested while others escaped.

"The suspect had, on interrogation, confessed that he was planning with other members of his gang to attack some houses in Agoro community before police swooped on them and got him arrested", the PPRO stated.

Meanwhile, the state Commissioner of Police, Lanre Bankole, the statement added has ordered the immediate transfer of the suspect to the state Criminal Investigation and Intelligence Department  for discreet investigation.

The CP also directed a massive manhunt for other fleeing members of the gang.