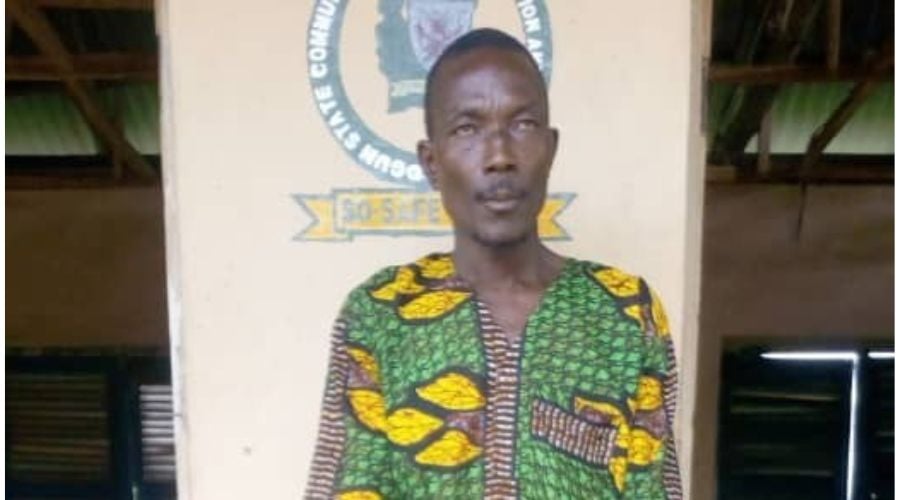 According to a statement signed by spokesperson of Ogun So-Safe, Moruf Yusuf, the suspect, Oladele Simon was arrested on Thursday, December 1, 2022.

"The victim of the stolen motorcycle reported the matter at the Ifonyintedo Division of the Corps under CSC Zaccheous Adeisa.

"The case was transferred to necessary department of the corps to handle without any hiccups.

"Working on the description of the motorcycle and the alleged robbery suspect, the team was able to apprehend the crime suspect, Mr Oladele Simon, a 48-year-old farmer, who resides at Ashipa-Ikorodu in Ipokia Local Government Area."

Gamzallo charged them to watch out and be vigilant from the point the engine is on through the journey.

He also advised that passengers should shun using their phones while on bike as this will definitely assist in proper monitoring of the riders in case of any funny behaviour.

Items recovered from the suspect include: one unregistered hijacked red Boxer Bajaj motorbike and locally made gun.

The suspect had been transferred to the Nigeria Police, Idiroko Divisional Police Headquarter for further investigation and likely prosecution.