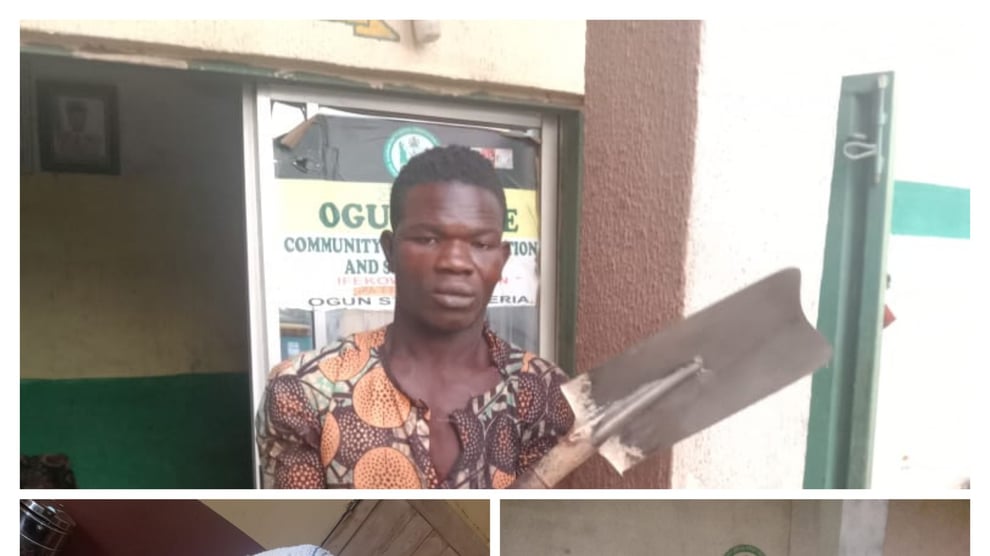 The motorcycle thief was arrested on Friday, November 25, 2022, after hijacking a Bajaj motorcycle from a commercial motorcyclist at Agobaba, Yewa South Local Government Area of Ogun.

The Ogun So-Safe Corps made this known in a press statement by its spokesperson, Moruf Yusuf on Monday.

According to him, the motorcycle thief, Shakiru Bello, 29 years old, who is a bricklayer by profession resides at Penpe in Owode Yewa.

The statement also disclosed that during preliminary investigation, the suspect confessed that on the faithful day, he stopped the motorcyclist to take him as a passenger to Agobaba Area, and the motive was to snatch the bike from him. 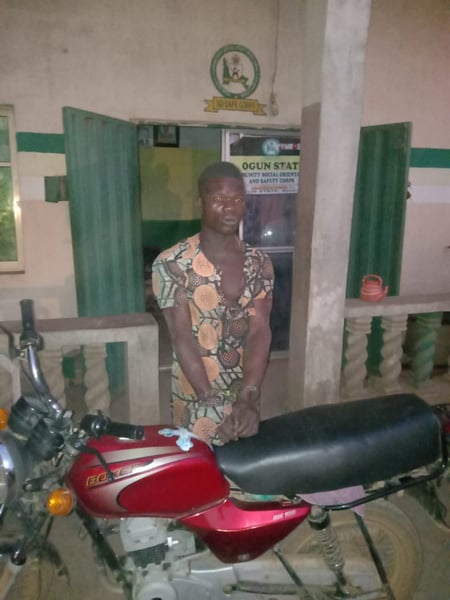 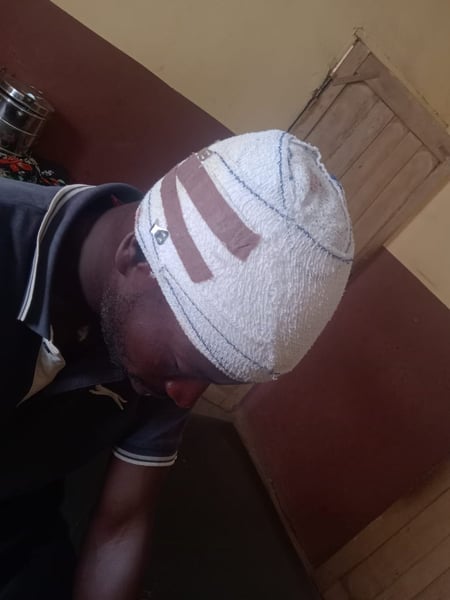 "The suspect allegedly directed the motorcyclist to take him towards a new site which happened to be his friend's house.

"On getting there, he picked a shovel kept by the side of the building and hit it against the motorcyclist's head with the intention to kill him and then go away with his bike.

"The victim, Mr Abel who also resides in Agobaba, pretended as if he was dead and the suspect, Shakiru Bello believed the victim was dead.

"The victim later managed to contact the So-Safe office for help so that the suspect would not go unpunished.

"The Officers of the Security Agency sprang into action and the culprit was arrested alive and the motorbike was recovered.

"The suspect and the exhibit - Bajaj motorbike - had been transfered to the Nigeria Police, Owode-Egbado Division for further investigation and likely prosecution," the statement ended.