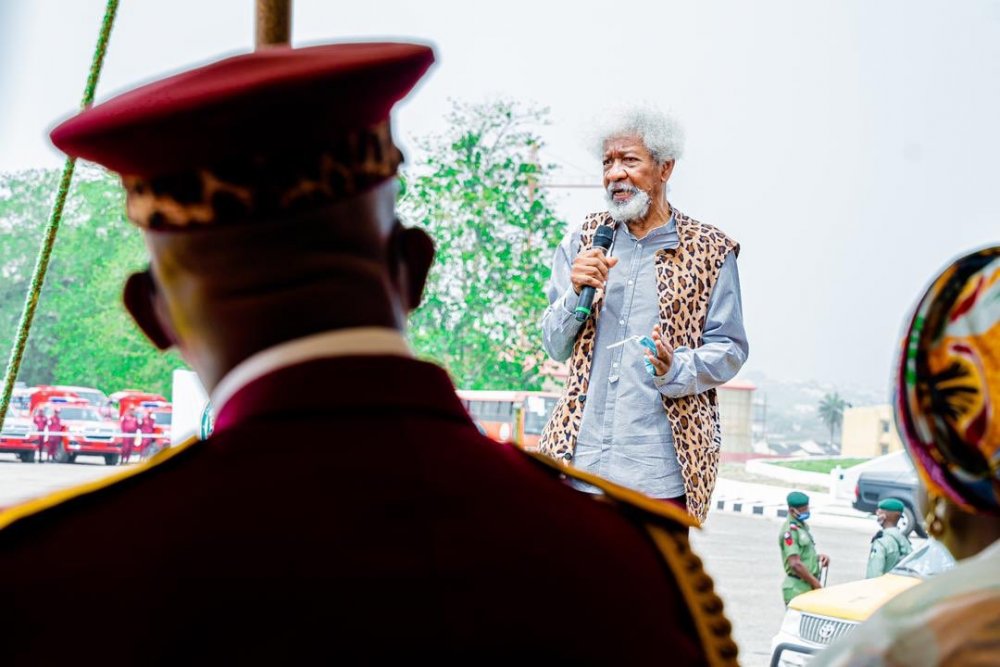 Nobel Laureate Professor Wole Soyinka has sent a warning message to the newly inaugurated Amotekun operatives in Ogun State, asking them not to abuse their uniform.

Soyinka bluntly stated that if any of the officers abuse their uniform, Ogun, the god of iron, would strike such a person after he or she must have been dealt with.

His words, “Amotekun, we are watching you. If you abuse your uniform, before Ogun strikes you, we would have dealt with you.”

The Ogun State Amotekun Corps was inaugurated Thursday by Governor Dapo Abiodun, who also decorated the Professor as the Super Marshall of the security outfit in the state.

Addressing the gathering, Soyinka expressed dissatisfaction that the police had not been able to give him feedback on those who he claimed invaded his residence and carted away very sensitive materials, adding that he had since resorted to what he termed ‘do it yourself'.

He warned the police and other security agents not to engage in any competition with the Amotekun corps in Ogun, saying “this is not a replacement for you, you’re too jealous of your uniform.” 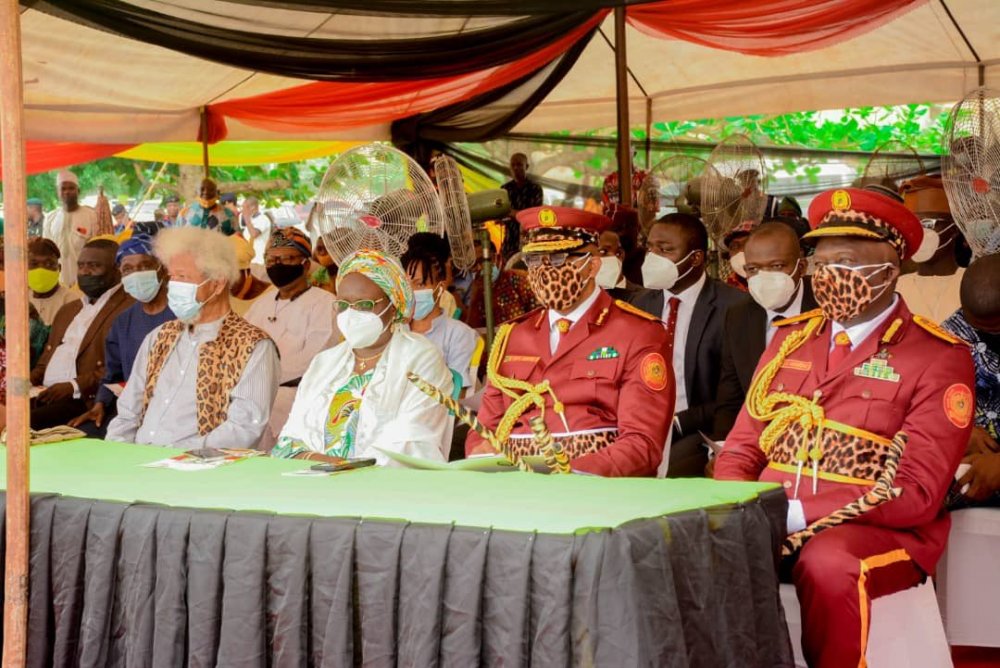 He urged them to welcome the new security network into their ranks and allow its operatives to complement their efforts in securing the state.

In the same vein, Governor Abiodun warned that Amotekun should operate within the ambit of the law that established it and should not be involved in an unhealthy rivalry with other security agencies.

“The inauguration of Amotekun in Ogun State is not to create unnecessary competition with other security agencies in Ogun,” Abiodun stressed.