Ohaneze Ndigbo Should Apologise To Me — Oluwo 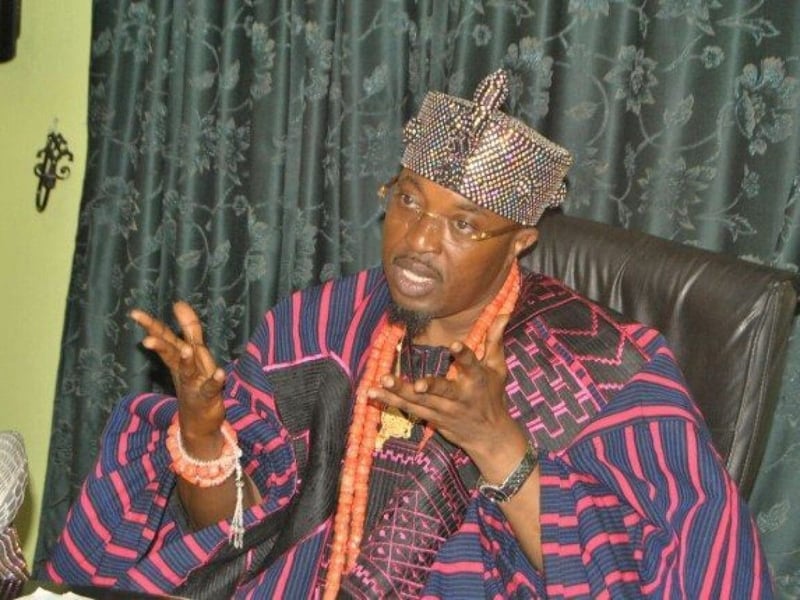 The Oluwo of Iwo, Oba Abdulrosheed Adewale Akanbi has demanded an apology from the Pan Igbo group, Ohaneze.

Oba Abdulrosheed also asked the group not to blame him but that the Indigenous People of Biafra (IPOB) sheath their sword and embrace one Nigeria.

The monarch stated this as a reaction to the response of Ohaneze Ndigbo to his earlier statement on why he would not support an Igbo presidency, demanding that the Pan Igbo group should tender an apology to the throne of the Oluwo.

The Oluwo who explained that the conclusion of Ohaneze Ndigbo was hasty and unguarded vituperation added that as a traditional ruler, he felt the pains of Ndigbo.

The Iwo monarch challenge the group and maintained that his message was to their advantage.

"I want to challenge the Igbos further to name a monarch outside the Southeast who has ever dressed like an Igbo king? I remain an Oba and very committed to the unity and oneness of Nigeria. The Igbos should act more, talk more and do more about the unity of Nigeria instead of their vituperation against an unrepentant preacher and promoter of one Nigeria.

"I was the first monarch outside the Southeast to visit Innoson manufacturing company owned by an Igbo man Innocent Chukwuma and the only Nigerian monarch using an Innoson vehicle, which I bought in January 2018. I went further to advertise and promote the made in Nigeria vehicle on highway billboards throughout the country on my expenses."