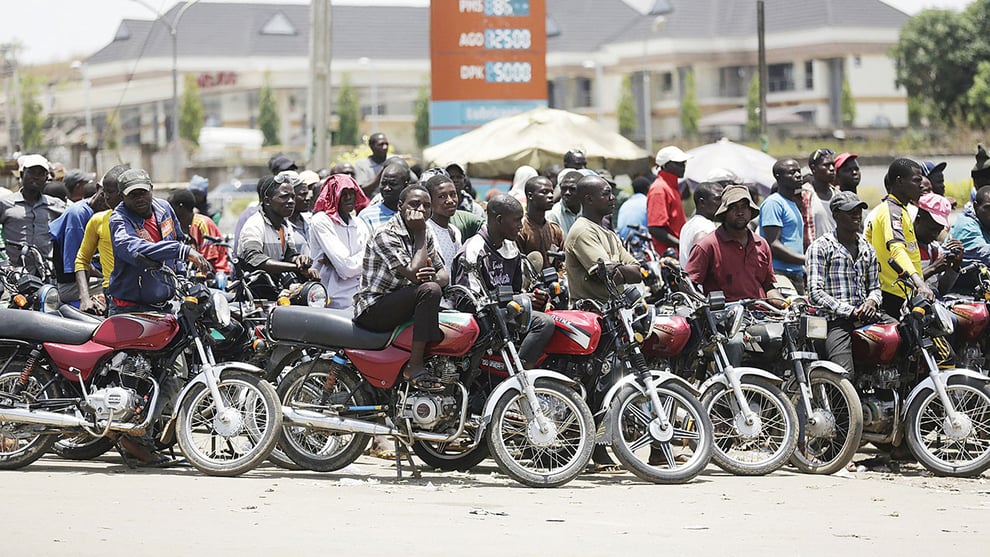 Leaders of the Hausa community in Lagos State have made an appeal to Governor Babajide Sanwo-Olu to reverse the recent ban on Okada operations in six local government areas of the state.

The appeal was made in an interview with Punch and the leaders said Okada riders from the northern part of the country make significant contributions to the voting population of Lagos and should not be economically strangulated.

Speaking with Punch, the Seriki of Obalende, Saliu Waziri, stated that the government should rethink its decision and should instead get the Okada riders to fish out any intruder or those with criminal intent.

"This issue has taken us a long time and we have been trying to put our members on the line. I want to advise the government to rethink its decision because Lagos can’t operate without bikes because of traffic.

"The government should change the system of Okada riders not stop them.”

Speaking further, Waziri ruled out the possibility of taking any legal action against the state government.

Additionally, Ibrahim Ngoma, the Seriki Hausa of Ajah, supported his Obalende counterpart on the government considering the voting population of Hausa Okada riders in Lagos.

"Truth be told, Governor Sanwo-Olu has been understanding with Okada people, unlike Governor (Babatunde) Fashola.

"Okada members should obey the law while I appeal to Governor Sanwo-Olu to look into the matter and lift the ban before the election because the ban is affecting my people", he stated.

A third leader in the Hausa community in Lagos, Iliyasu Kira, spoke in a telephone interview with the aforementioned news outlet, pleading with Governor Sanwo-Olu to reverse his decision on the ban.

"Our voting population in Lagos constitutes over 2.7 million because most of us vote here in Lagos. We are not all bad people.

"The government should provide a replacement for our members affected by the ban.

"We don’t have the power to start any legal case with the government. This is why I am appealing to the government to reconsider the ban."