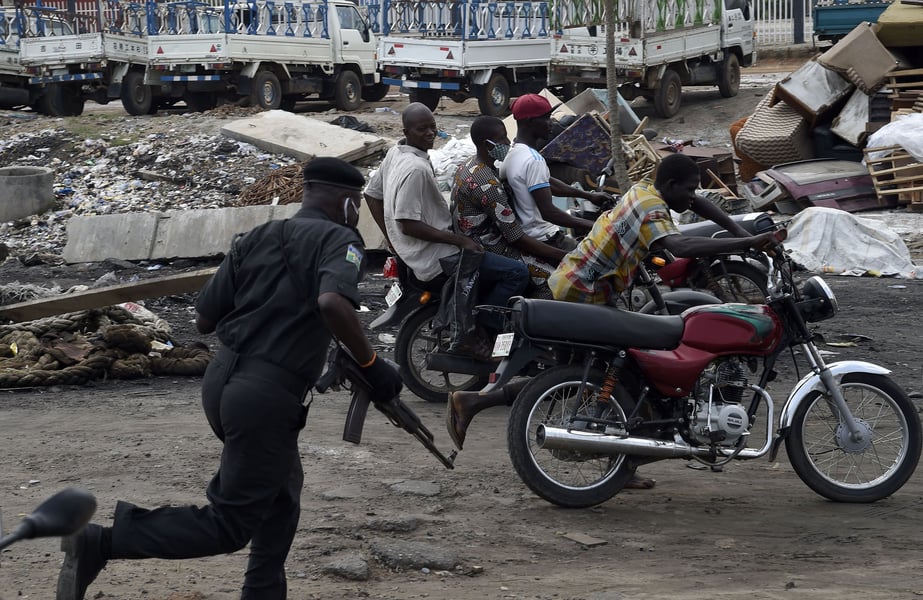 The Ojo Local Government Area of Lagos State is currently enveloped in tension as policemen have clashed with okada riders while attempting to enforce the recent ban by the state government.

Governor Sanwo-Olu had announced the ban on Wednesday, disclosing six local governments of the state following the killing of a sound engineer named David.

Reports on Thursday reveal that policemen from Onireke Police Station, Ojo, had impounded some commercial motorcycles for operating along the Mile 2 – Badagry expressway, an action which the riders resisted.

The aggrieved riders tried to overrun the station and possibly set some of their members who were arrested free. They ended up setting fire in the middle of the road as vehicle owners abandoned their cars by the roadside.

The chaos led to a stampede as pedestrians fled for fear of being caught up in the crossfire. It also created heavy vehicular movement on the two sides of the road.

Several shots were fired into the air by policemen to disperse the okada riders who retaliated by hauling stones, daring the officers to come after them.

An unknown number of individuals were injured in the confrontation as they attempted to flee the troubled zone.

As of the time of filing this report, a team of combined anti-riot policemen and soldiers have been dispatched to restore normalcy to the region.