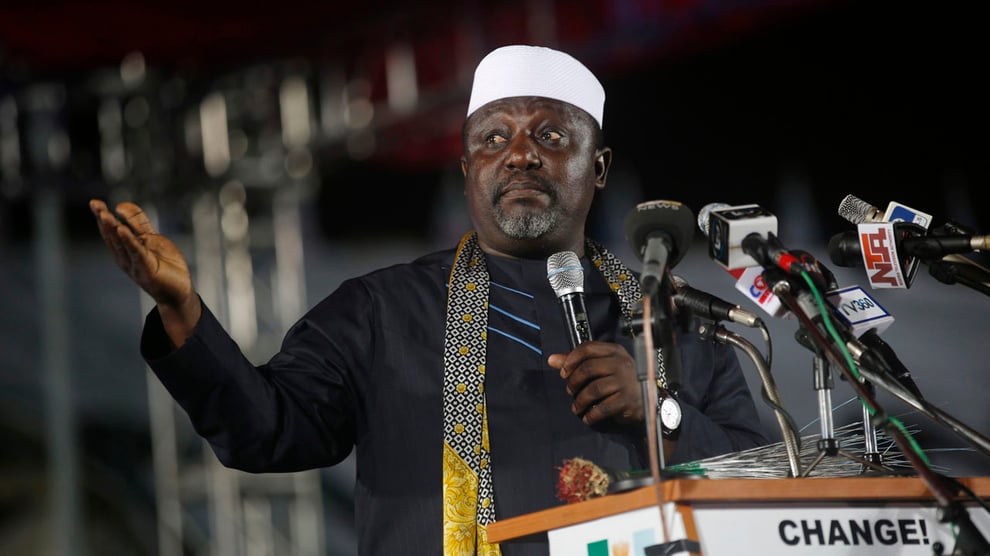 Rochas Okorocha has said that the report that he sued the Attorney General of the Federation, Abubakar Malami, demanding N1 billion in damages over the invasion of his Abuja residence by operatives of the EFCC is false.

The former Imo State Governor also described as untrue the claim that he had briefed five Senior Advocates of Nigeria to begin legal action against the Federal Government.

Speaking via a statement released in Owerri by his spokesperson, Sam Omwuemeodo, Okorocha said he had no reason to sue the AGF because his office was not responsible for the home invasion nor taking him to court.

According to Omwuemeodo, Okorocha knows those to sue for damages when he comes out from EFFC custody if he decides to press charges.

"We were concerned with the expected hearing of the bail application today when our attention was drawn to the online stories of N1b suit and engagement of five SANS.

"lf Okorocha comes out of detention and along the line and decides to take legal action to press for damages over the invasion of his residence, he knows those who carried out the action.

"We do not think he would include the AGF or his office.

"We are, therefore, having the feeling that the renowned Senior Advocates mentioned in the online stories, might have been challenged by the invasion of Okorocha’s private residence by agents of the EFCC and might have also decided to take the bull by the horns.

"We thank them. If Okorocha comes out of detention and decides to walk in that direction, fine. But one fact would be made clear and that is, that the AGF and the office of AGF would not be parts of the action, because they had nothing to do with the invasion of Okorocha’s private residence.

"We have done this to keep the record straight. We are looking forward to seeing Okorocha out of detention by the grace of God and the magnanimity of His Lordship, handling the case", part of the statement reads.