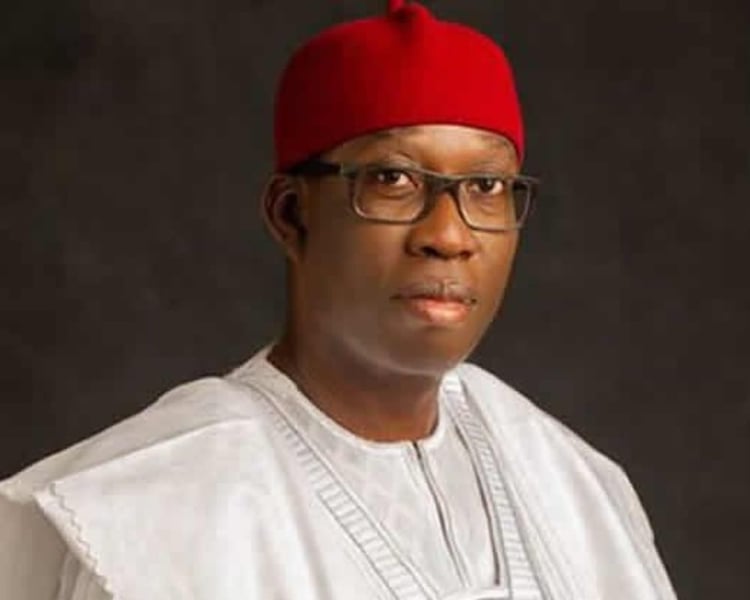 Governor of Delta State, Ifeanyi Okowa, has thanked Atiku Abubakar for choosing him as his running mate in the 2023 presidential race.

Okowa who was announced on Thursday by the presidential candidate thanked Atiku “for finding me worthy to be on this ticket.

"I do know that it was a very tough decision but I thank God that amongst my qualified colleagues even those more qualified than myself, I found favour and I’m here today as the vice presidential candidate of the party.”

While acknowledging the work ahead, Okowa expressed optimism that with God on their side, they would get the job done and ensure victory for the party.

He also said that the build back process is going to be a collective work.

“We’re trusting that all our party members will want to be part of the story and we must support our principal as we move forward in the next few months.

"We must create in ourselves a new self, a new approach to political issues, a new commitment which I believe we all yearn for.

"We need the PDP to return to power and Atiku has articulated the path to turning things around.

Accepting his nomination, the former senator assured that he would be loyal and ready to work.

“I accept whole-heatedly and I promised to remain loyal and ready to work on the task ahead.”