Okowa Promises To Complete All Ongoing Projects Before 2023 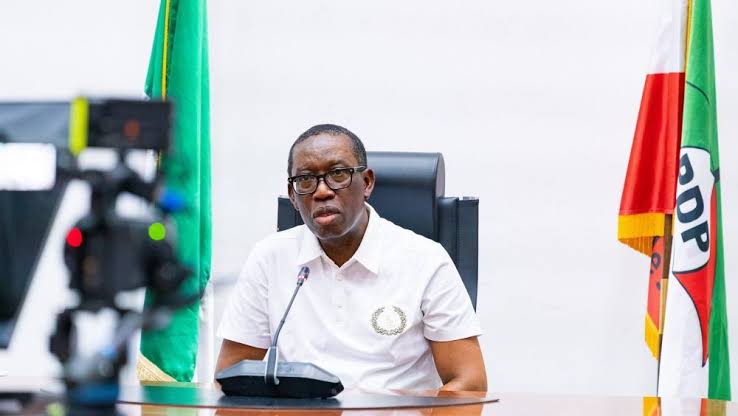 Delta State Governor, His Excellency Senator Dr Ifeanyi Okowa has said his administration is focused on ensuring the completion of all existing projects in the state.

Okowa disclosed this during the 2021 Quarterly Media Interaction with journalists across the state at the Government House Asaba.

In his address, Governor Okowa commended News Men in the state for their cooperation through adequate and truthful reportage and also being good partners in projecting the activities of the Delta State Government. He went further to commend the level of professionalism from the news media in Delta State and pray God to continue to bless their tireless efforts.

Stressing his commitment towards completing all ongoing projects, the Governor referenced the just commissioned new state-of-the-art secretariat complex on Monday 29th Nov 2021 by the Vice President Yemi Osinbajo, insisting that other projects will follow suit.

Okowa noted that despite the economic challenges in the country, his administration has embarked on various capital projects which he said will be completed in his tenure.

In his words “we have continued to stay focused on our promises to Deltans and we wish that we could have done faster than we are doing at the moment, but unfortunately, our resources have continued to dwindle every day.

“However we will ensure that the projects are ongoing will be delivered.

“The new state-of-art secretariat will ensure that the various Ministries, Departments and Agencies of government will have a more conducive working environment.

“Now that we have all our ministries under one roof, it will give room for greater coordination, workflow and it will also be of great help to our people who truly are visiting for one thing or the other as the stress of going from one place to the other in search of one service or the other in different ministries is removed.”

He added that there are so many other key projects that work are still ongoing.

While reacting to the question on fuel subsidy from newsmen, Okowa said it's difficult for the state Governors to have a position because it is a decision that has to be taken by the Federal Government, which will be done after various consultations, adding that there is a lot of complexity in the economy of the nation.

On the issue of the farmers that lost thousands of birds due to bird flu, Oghenejaname farms limited located at Ekrerhavwe Agbaroh, Iyanda farm in Orereokpe, he promised that his government will support those affected financially according to government capacity noting that government will not take the full financial responsibility.

In his remark, the state chairman of Nigeria Union Journalists, Comrade Michael Ikeogwu, thanked the Governor for granting them an audience and expressed optimism that the Governor will keep to his promises.

Welcoming the journalists earlier, the Commissioner for Information, Charles Aniagwu said one of the major pillars of Okowa’s administration is transparency, hence the media parley.