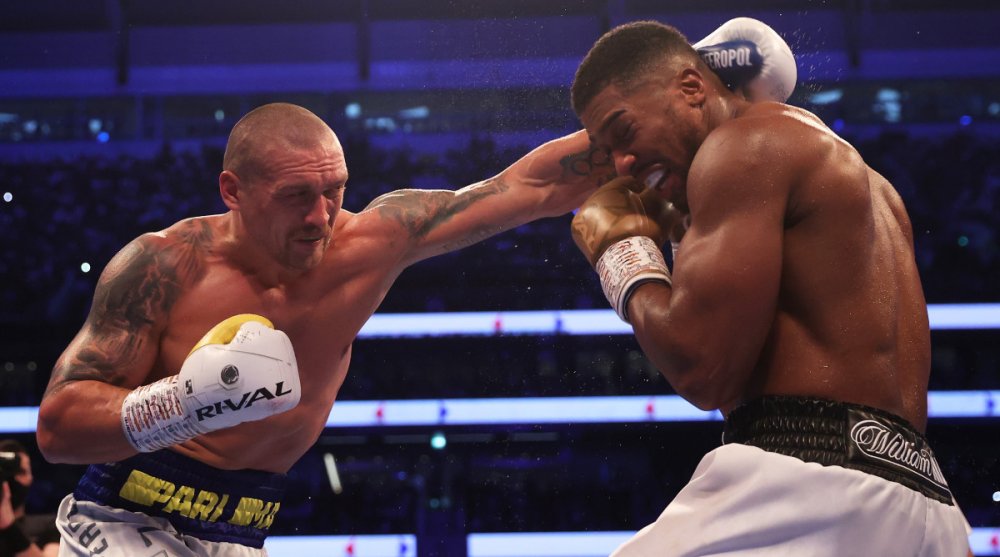 Joshua ended the 12th and final round of the contest backed up on the ropes, with the cheers of a crowd of more than 62,000 at the Tottenham Hotspur Stadium no match for the skills of his challenger.

The impressive Ukrainian triumphed 117-112, 116-112 and 115-113 on the scorecards of the three judges in just the former undisputed cruiserweight world champion's third bout as a heavyweight.

His victory, which extended Usyk's perfect record as a professional to 19 wins from as many fights, saw him become just the third boxer after Evander Holyfield of the United States and Britain's David Haye to win both the cruiserweight and heavyweight world titles.

Boxing fans have long looked forward to a clash between Joshua and British compatriot Fury, who defends his World Boxing Council heavyweight title against Deontay Wilder in Las Vegas next month -- the third time the pair have fought each other following a split-decision draw and a win for Fury.

But Joshua had to get past Usyk, the 2012 Olympic heavyweight champion at a London Games where Joshua won the super-heavyweight gold medal.

"This means a lot for me. The fight went the way I expected it to go. There were moments when Anthony pushed me hard but it was nothing special," said Usyk via a translator.

"I had no objective to knock him out because my corner pushed me not to do that. In the beginning, I tried to hit him hard, but then I stuck to my job."

There is a rematch clause, with Joshua -- who has now won 24 and lost two of his professional bouts -- having previously lost his belts when beaten by Andy Ruiz in New York in June 2019 only to regain the titles in a rematch in Saudi Arabia six months later.

Eddie Hearn, Joshua's promoter, told Sky: "I have spoken to him (Joshua) and it was a tough fight. He is devastated.

"Congratulations to Oleksandr Usyk... He put in a great performance and the better man won.

"(Joshua) never really got going, he will go to the hospital now, I don't know if he has broken his eye socket, it doesn't look great."

But Hearn added: "The fighter in AJ is already talking about winning the rematch."

Despite the defeat, Joshua was backed to bounce back by Lennox Lewis, a former three-time world heavyweight champion.