Olubadan Succession: Balogun, Others Agree To Revert To Position Of High Chiefs 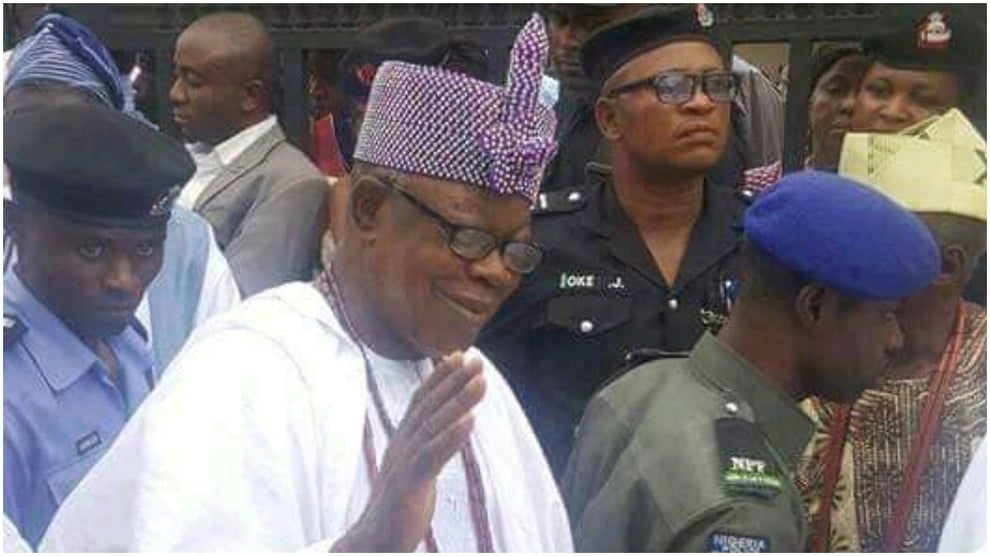 The next in the line to the Olubadan Throne, Otun Olubadan, Senator Lekan Balogun, has said he and his colleagues who were promoted to Obas by the previous administration are ready to comply with Governor Seyi Makinde’s directive to revert to their original positions of high chiefs.

Senator Balogun who in an interview with newsmen in Ibadan emphasised that they had nothing to lose if they renounce their obaship titles stated that in a bid to end the controversy trailing the selection of the new Olubadan after the death of Oba Saliu Adetunji, the state government had on Tuesday directed that the Ibadan traditional institution revert to its original concept.

In Balogun's words, “We are okay by the governor’s directive. He is the one running the government. Whatever he wants is what we will do. He means well for the state, for Ibadan, and others. We will abide by his demand."

Recall that Otun Olubadan and other High Chiefs were elevated to coronet Obas by the administration of Senator Abiola Ajimobi but the Osi Olubadan, Senator Rashidi Ladoja, who is a former governor in the state, rejected the offer to become an Oba.

Following the death of Oba Adetunji, a former Attorney General in the state, Michael Lana, in a petition to the governor, asked him to withhold approval for the Otun Olubadan to ascend the throne of Olubadan.

He argued that the High Chiefs had been elevated to Obas and it would be an aberration to crown somebody twice because such had never happened anywhere in Yorubaland.