The letter dated February 8, 2022, addressed to Oyetola, reads thus, "I have the instruction of His Imperial Majesty, Oba (Dr) Abdul-Rasheed Adewale Akanbi, the Oluwo of Iwo to notify you of the Oluwo’s decision to marry a Princess from Kano Emirate, to be precise Ado Bayero dynasty.

“I wish to remind your Excellency that the kind of royal wedding within two notable traditional institutions in Nigeria will require huge expenses, which necessitate the support of state government financially even logistically.

“Moreover, the estimated amount for the event is above N20,000,000. His Excellency, Oba Akanbi relies on you for necessary consideration and approval on this request,”.

Oluwo of Iwo's letter to Oyetola

Oluwo Of Iwo Denies Requesting N20M From Oyetola To Wed

Reacting to the report, the Oluwo of Iwo's media aide, Alli Ibraheem told AllNews Nigeria that the palace never authorized any letter of such.

If he (Oluwo-of-Iwo) is to request such letter, "it will have his personal signature and would be delivered by me"

His word, “We didn’t authorise any letter. The front of the letter you saw is not the one we use for letters by Oluwo. Moreso, if Baba will write government, it will carry his signature.”

Recall Oluwo had in December 2019 divorced his wife, Chanel Chin, and since then there has been no queen in the palace.

He announced his divorce in 2019 through his spokesperson, Alli Ibraheem, saying the separation was borne out of “personal irreconcilable differences.” 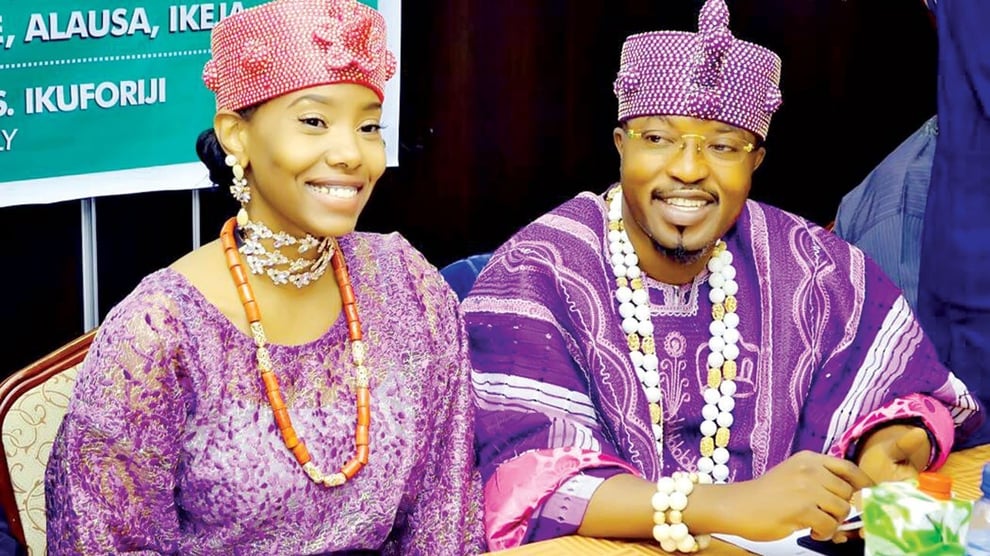 Oluwo of Iwo and former wife Chanel ChinOluwo and Chanel Chin met in Toronto, Canada where they both resided, long before the king’s ascension to the throne.

They tied the knot after his ascendancy on November 10, 2015.

The marriage produced a son named Oduduwa. In an interview published in December 2020, the monarch’s estranged wife said her marriage to the Oluwo was built on falsehood.