Oluwo Wanted To Have Sex With My Wife - Cleric (Throwback) 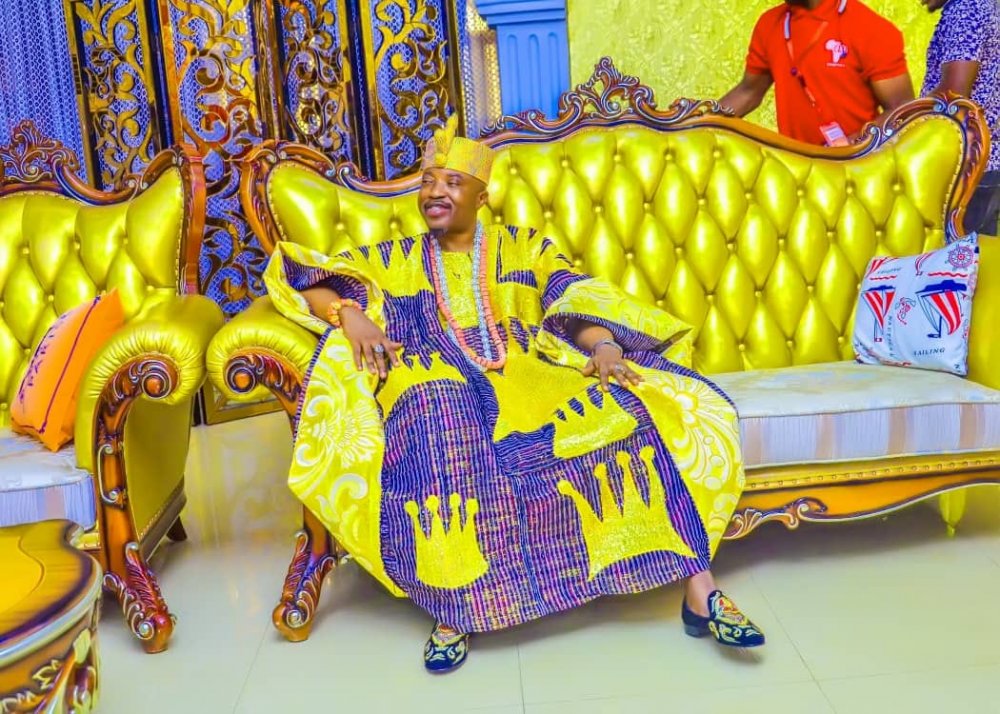 It's Thursday and AllNews travels back in time to June 2019, when an Islamic cleric, Sheikh Imran Adio, accused the Oluwo of Iwo, Abdulrasheed Akanbi of soliciting sex from his wife.

The Oluwo was publicly confronted by Sheikh Adio at that year's Eid El Fitri celebration in Iwo.

Angered by the monarch's 'excesses', Sheikh Adio indicted the first-class ruler of making several attempts at sleeping with his wife.

The religious figure who was supposed to lead prayers at the event [Eid Fitri celebration], got into a heated exchange and eventually confronted the Oluwo after the monarch told worshippers present to ignore the cleric and go to other Mosques for prayers.

The Oluwo, who is now without a wife following his split with his Jamaican lover, Chanel Chin, is used to controversies.

In 2016, he raised a few eyebrows when led Eid prayer with his crown on.

At the time, he defended his decision, telling Nigerian Tribune: "I am not only adequately equipped as one who is versed in the Qur’an but I am also qualified as the religious ruler of Iwoland to lead the prayer.

"Do you think it is possible for an ignorant to rule over a town of many great Islamic scholars?

"Iwo’s strong tie with Islam and the North is well acknowledged in any part of the world.

"In Yorubaland, Iwo stands out as a town where Islam is deeply rooted.

"History of Islam in Iwo cannot be written without mentioning the Oluwo called Oba Alausa who brought the religion into the town.

"He was the one who led the people in prayer and helped the religion to spread and made Iwo a strong Muslim community.

"As I am telling you, the Oluwo must first be turbaned before traditional akoko leaf is inserted in his cap.

"Go and see the picture of my installation to confirm what I am saying.

"This is a town of Islamic scholarship.

"No other town in the South-West can boast the number of scholars we have in Iwo.

"Because we understand Islam very well. Christianity is also practised here in a free and peaceful atmosphere.

"Bowen University, which we are proud of today and which has registered our name on the list of Nigerian university town, is owned by the Baptist Church.

"And you can see we live in harmony.

"So, I am qualified and my people have confidence in me. Go to the North, emirs lead prayers there.

"Wearing a crown to lead the prayer is my way of submitting myself to God.

"Don’t forget that Islam means total submission to the will of Allah. I have worn a bigger crown to pray at Jumat.

"I wore it with heavily embroidered aso oke to show my humility to God.

"There is nothing bigger than God, including crown and any other paraphernalia of the stool.

"Because my crown is clean, I have no reason not to wear it to pray to God."