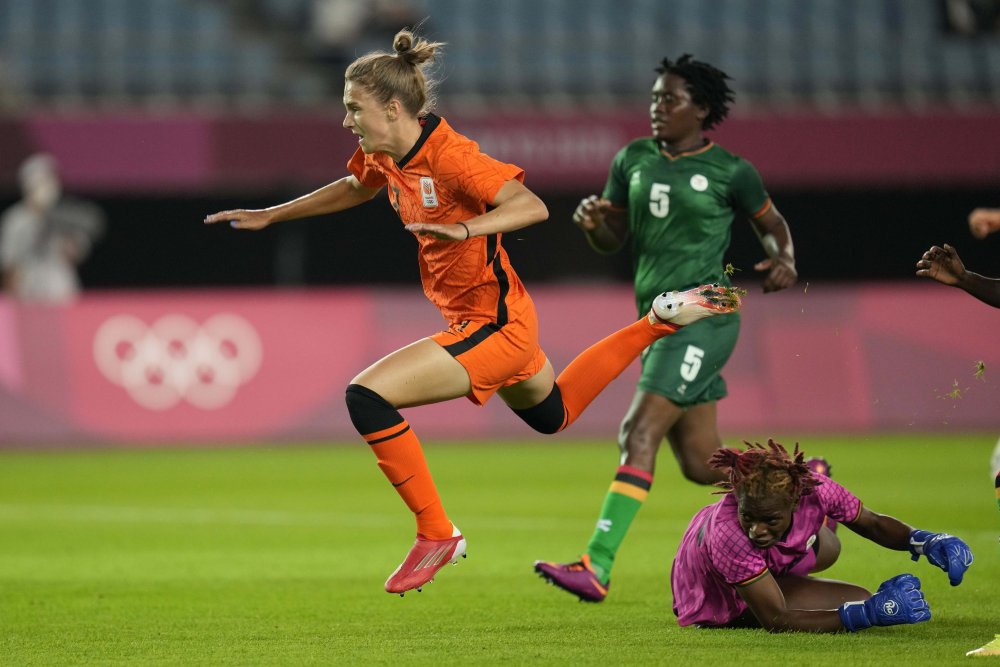 Vivianne Miedema scored four goals and Netherlands routed Zambia 10-3 to open the Tokyo 2020 Olympic women's football tournament on Wednesday -- with Barbra Banda netting all three for the African side.

Miedema, the all-time leading scorer in the Women's Super League, as well as the top career scorer for the Netherlands, scored goals in the ninth, 15th, 29th and 59th minutes.

Lieke Martens added two goals for the fourth-ranked Netherlands, who advanced to the World Cup final two years ago in France but fell to the United States.

Shanice van de Sanden, Jill Roord, Lineth Beerensteyn and Victoria Pelova netted the others for the Dutch. Zambia are the lowest ranked team in the tournament at No. 104.

The Tokyo Games are the Netherlands' first Olympics and on the eve of the tournament, they received a rousing team talk from former men's team manager Louis van Gaal.

Netherlands coach Sarina Wiegman is stepping down after the Olympics to lead England in the next World Cup cycle.

Wiegman will be replaced by Portland Thorns coach Mark Parsons at the conclusion of the National Women's Soccer League season.

This is also Zambia's first appearance in the Olympics. Known as the Copper Queens, Zambia had played just once this year, a friendly with South Africa. The team's scheduled tune-up match with Britain ahead of Tokyo was called off because of COVID-19 restrictions.

Transfer Latest: Another Club To Battle PSG For Pogba