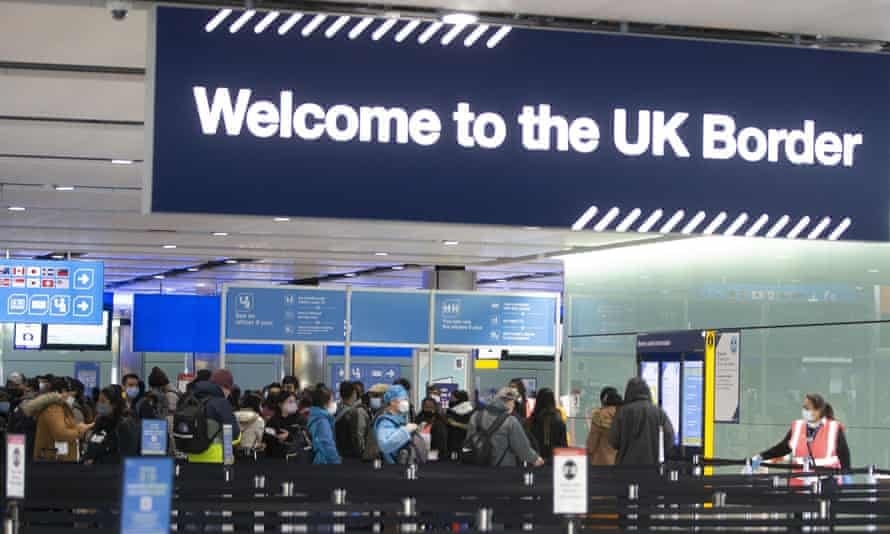 Whitehall Officials have confirmed that the United Kingdom is expected to remove 11 countries, including South Africa, from the red list as from 4 am tomorrow.

According to Journalist Sebastian Payne who tweeted via his official handle, Ministers in the UK have agreed that with the spread of the Omicron variant of COVID-19, restrictions are "pointless".

Recall that Angola, Botswana, Eswatini, Lesotho, Malawi, Mozambique, Namibia, Nigeria, South Africa, Zambia and Zimbabwe are on the UK's red list which was reintroduced in late November as precaution after the emergence and spread of the Omicron variant.

Currently, all travellers from the red listed countries must pay for and self-isolate in a pre-booked, government-approved hotel for 10 days in the United Kingdom.

They are also required to undergo Covid tests within 48 hours of setting off for the UK and PCR tests within two days of their arrival.

There has been recent complaints emanating from those who already paid thousands of pounds to stay in government-approved quarantine hotels, and there have been complaints of chaotic organisation and inedible food during their stays.