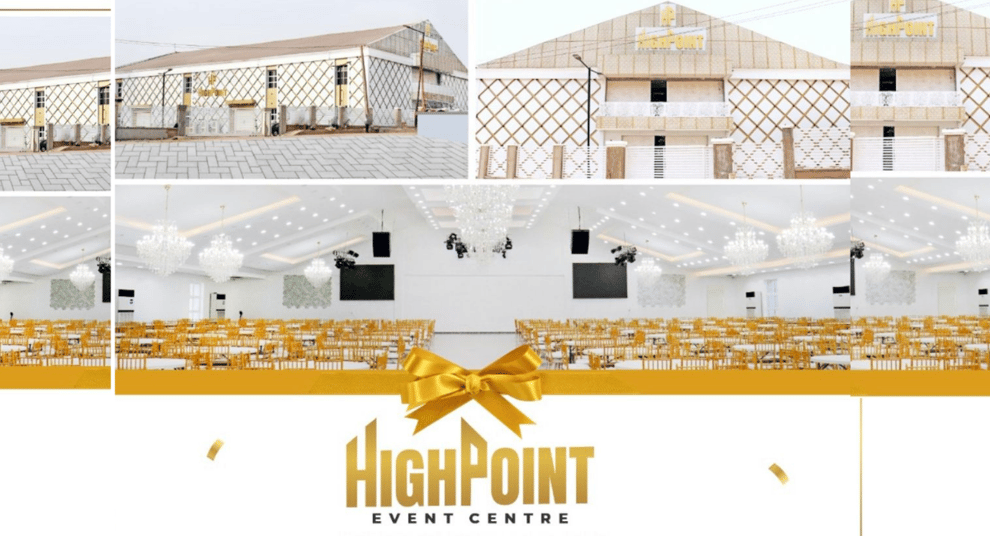 Few years at the helm of affairs at ADDAS Mall, Omolara Adebiyi has proved to be the quintessential Chief executive with her string of achievements.

Adebiyi is an accomplished industrialist and entrepreneur par excellence set to open an all-embracing event center which will be one of the best and biggest event centers in Nigeria.

All hands have been on deck as preparations are in top gear for the new state-of-the-art event centre named HighPoint which will be officially opened to the general public on Thursday, February 3, 2022.

The centre aptly sited on over a 10,000sqm of land located at the heart-beat of Lagos, in Alausa, Ikeja, owned by the wife of Nigeria’s biggest indigenous contractor, Lekan Adebiyi, is a one-stop-shop for all that is required to have a memorable event with its masterpiece architectural design, top of the range interior décor, shopped from the biggest designers across the best in the world, with over a 500-capacity car park.

HighPoint as a masterpiece is set to change the face of event centres in the city of aquatic splendour in Lagos and is a testament of class, pristine and exquisitely burnished with class, the building emphasizes without much effort, the sheer tastefulness of the owner.

The attention to detail that characterizes the structure is excellent; both the interior and exterior decor were carefully chosen and planned with flawless finesse.