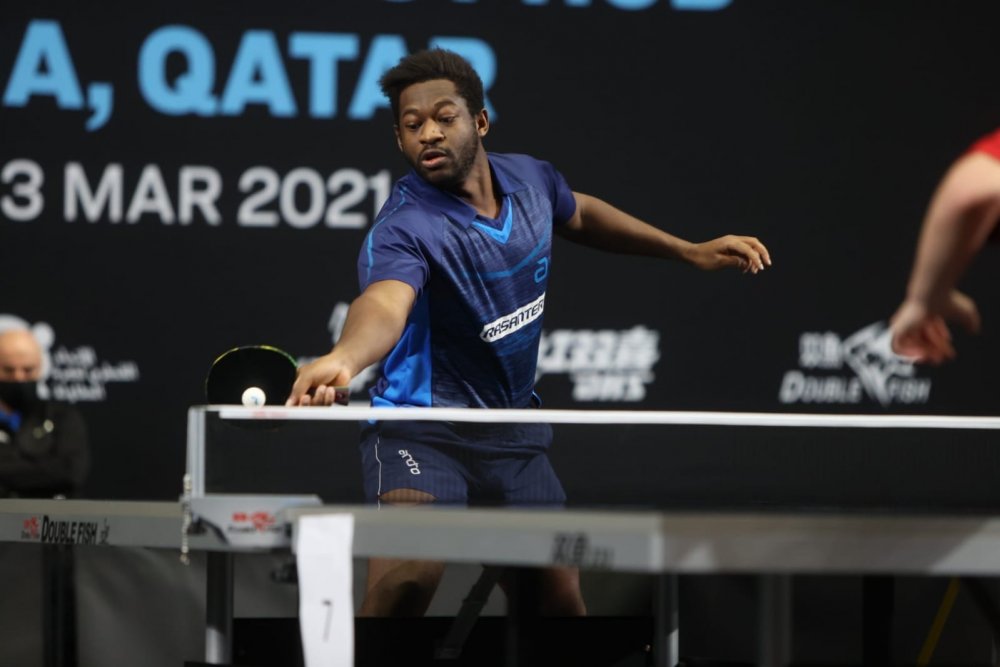 African history-maker Olajide Omotayo bowed out fighting in the second stage of the preliminary round of the World Table Tennis (WTT) Middle East Hub taking place in Doha, Qatar.

The $200,000 prize-money tournament is the first official WTT event with 298 players from 66 countries taking part just as the highest ranked African star Quadri Aruna ready to compete from the main draw of the men’s singles.

Omotayo who on Sunday set an African record as the first player from the continent to win a match at the WTT tournament after beating Kazakhstan’s Alan Kurmangaliyev in the first stage of the preliminary round with players from Egypt and Algeria tasting defeats in all their matches.

Pitched against the best player in the German Bundesliga, Sweden’s Anton Kallberg, the 2019 African Games champion showed class against his opponent despite going 2-0 (11-8, 11-3) down in the tie, Omotayo fought back with 11-9, 11-7 wins to put the match at 2-2. Even in the deciding game, Omotayo was leading 7-5 before surrendering the match to his European counterpart at 11-7 to exit the competition from the preliminary round.

“It was not easy after a year of not playing any official match but I am happy with my performance. All I need to do now is to concentrate on what I did not do right and try to improve that aspect.

"With this tournament, I gained more confidence going into the next tournament. I hope to watch more matches of top players in readiness for another tournament later this week in Doha,” Omotayo said.

Egypt’s duo of Omar Assar and Ahmed Saleh were also not lucky in their matches as they were bundled out from the same stage of the competition by their European counterparts.

2019 Nigeria Open revelation Senegal’s Ibrahima Diaw remains the only African that progressed to the third stage of the preliminary after a convincing 3-0 (11-8, 11-5, 11-6) win over Romania’s Sipos Rares.

And to be sure of competing alongside Aruna Quadri in the main draw, Diaw will have to overcome Russia’s Kirill Skachkov on Tuesday Match 2.

Overview Of One Of The Best Betting Apps - Sunbet App

Overview Of One Of The Best Betting Apps - Sunbet App