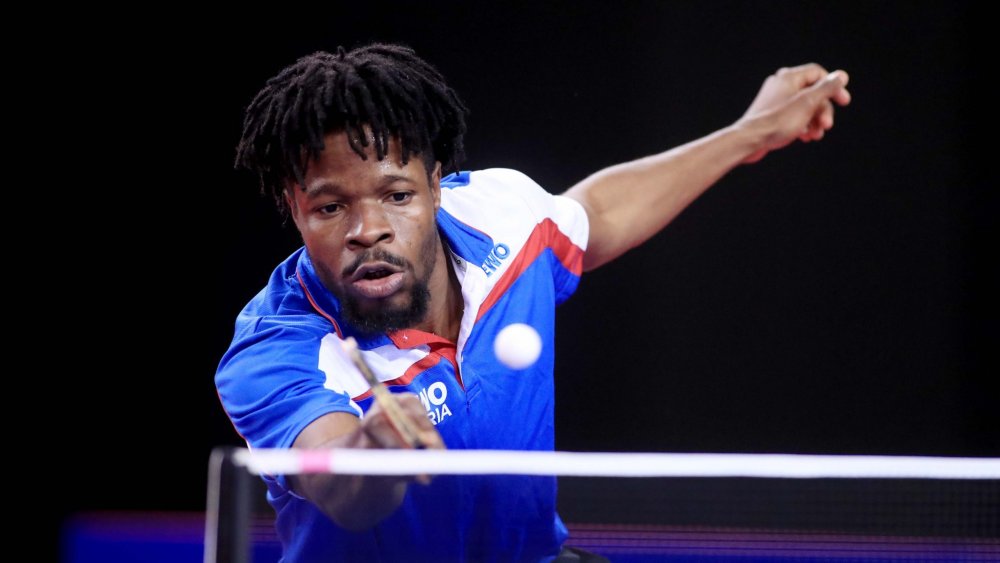 Olajide Omotayo has set a new African record at the first official World Table Tennis (WTT) events, after the 2019 African Games champion became the first Nigerian and African to win a match at the WTT Middle East Hub holding in Doha, Qatar.

Omotayo who is competing in his first international tournament after qualifying for the Tokyo Olympic Games at Tunis in February 2020 began his campaign from the preliminary alongside other African players from Egypt and Algeria.

Pitched against Kazakhstan’s Alan Kurmangaliyev in the first round of the preliminary, the Nigerian showed his stuff to become the only African player to record a victory on the opening day of the tournament taking place at the Lusail Sports Arena in Doha, Qatar.

Omotayo is among the 298 players representing 66 countries taking part in the $200,000 prize money which is one of the Hub (Contender) at the Middle East Hub, which serves as return to the international stage for most of the players.

Despite winning the first game 11-7, Omotayo fell in the second game to 7-11 while in the next two games, he showed his class with 12-10, 11-1 win to record a 3-1 win and set up a second round duel against the best player in the German Bundesliga, Sweden Anton Kallberg, on Monday March 1.

A delighted Omotayo described his return to the international tournament as awesome, having been away for more than a year.

“I feel great to be able to play here. Having to wait for a year is not really easy, but at least everything is getting back to normal.

"I know the feeling is not fully back because I haven’t played any official match for a year now, but it can only get better from here. As time goes on, the momentum will be back.

"I am also feeling great and I’m happy everyone is following all the instructions given to us in order  to be safe. The hall is amazing and I have always loved to play here in Doha, and so for me Doha is home,” he said.

Unlike Omotayo, Egypt’s duo of Khaled Assar and Mohammed El-Beiali were not lucky as they were shown the exit door by their European counterparts in the preliminary stage.

Egypt’s duo of Omar Assar and Ahmed Saleh as well as Senegal’s Ibrahima Diaw and Omotayo will be in action in the second round of the preliminary round on Monday March 1 while the highest-ranked African in the competition Quadri Aruna will start his campaign from the main draw on March 3, having been listed among the seeded players in the competition.

The WTT Contender Series has been designed to provide the perfect setting for some of the world’s leading stars to be challenged by the best up-and-coming athletes in table tennis.