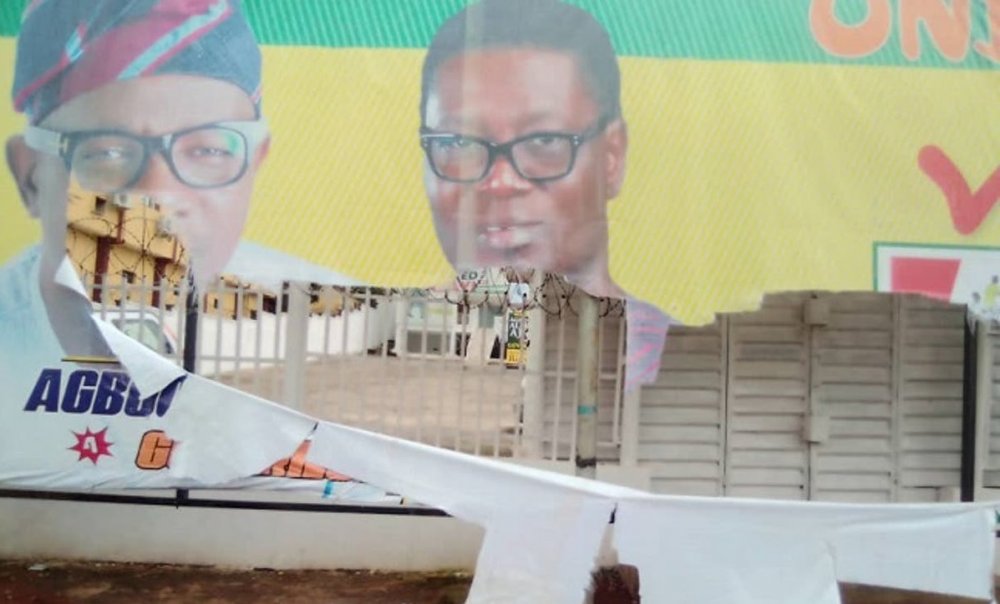 Ondo State Deputy Governor and candidate of Zenit Labour Party (ZLP) at the forthcoming governorship election in Ondo state Ajayi Agboola has accused Rotimi Akeredolu of attacking his supporters and ZLP party members at the party's secretariat in various parts of the state.

Making this allegation in a statement by the Director-General of his Campaign Organisation, Kola Ademujimi, on Wednesday,  Ajayi said that lots of properties were damaged during the thugs' attack.

Also, a security man identified as Gbenga Olayoriju, who was on duty while the thugs attacked Ajayi's campaign office was allegedly threatened with death by the armed thugs during the attack.

Further alleging that the thugs were associated with Akeredolu, Ajayi said:

"Akeredolu's thugs are threatening the lives and properties of members of ZLP and those of other parties in various parts of the state.

"They destroyed chairs, tables, and inflicted injuries on our supporters at their ward meeting in Ile-Oluji.

"They also destroyed Agboola Ajayi's billboards at our campaign office in Akure.

"They destroyed our flags and posters in Idanre during Aketi/APC’s campaign tour of Idanre yesterday (Tuesday).

"I think they are out to cause mayhem even before the October governorship election in Ondo State.

"We are calling on security agencies to live up to their expectations before the opposition parties are forced to act in self-defence."