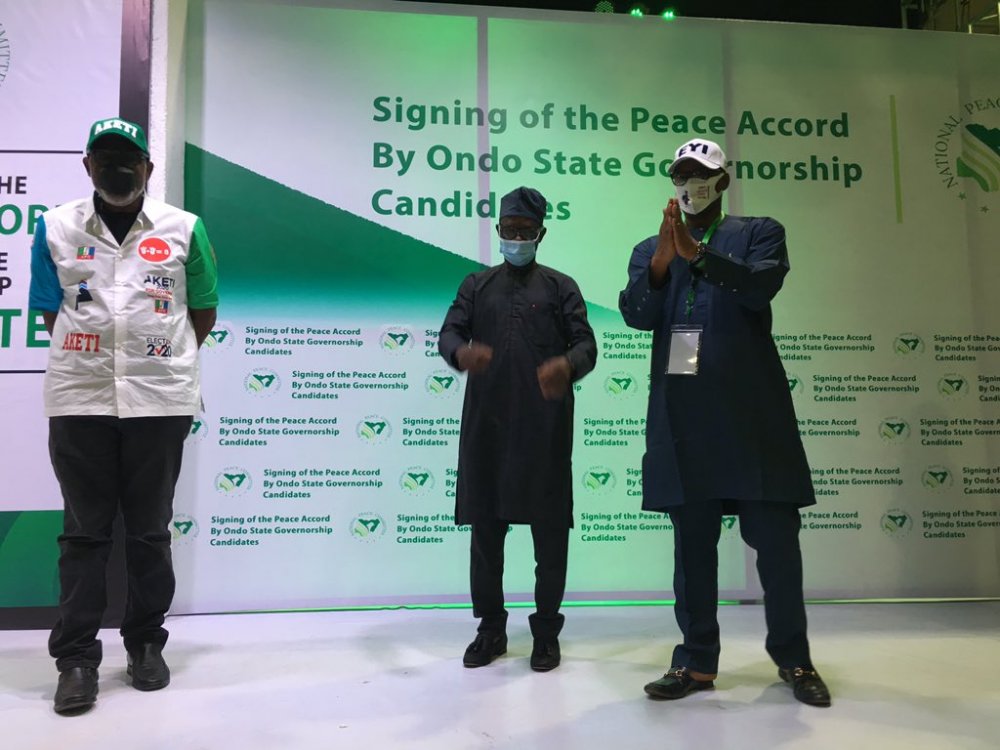 The ceremony which took place on Tuesday had in attendance, the incumbent governor and candidate of the All Progressives Congress (APC), Rotimi Akeredolu, Candidate of the Peoples Democratic Party (PDP) Eyitayo Jegede, and Agboola Ajayi of the Zenith Labour Party (ZLP).

Speaking at the ceremony, the chairman of the Independent National Electoral Commission (INEC), Mahmood Yakubu, said that the pact was initiated to ensure that the election is violence-free.

He further noted that without the peace pact, the electoral commission's plan for a free and fair election would be undermined.

“Without peace, our deployment plans, new innovations in result management, the safety of personnel, security of materials, and above all, credibility of elections will be undermined.”

Recall that there has been an unending report of supporters clash, and other violence ahead of the governorship election.

The Oyo State governor on Monday accused the ruling party, APC, of engaging in violent acts to scare off voters from carrying out their civic responsibility on election day.