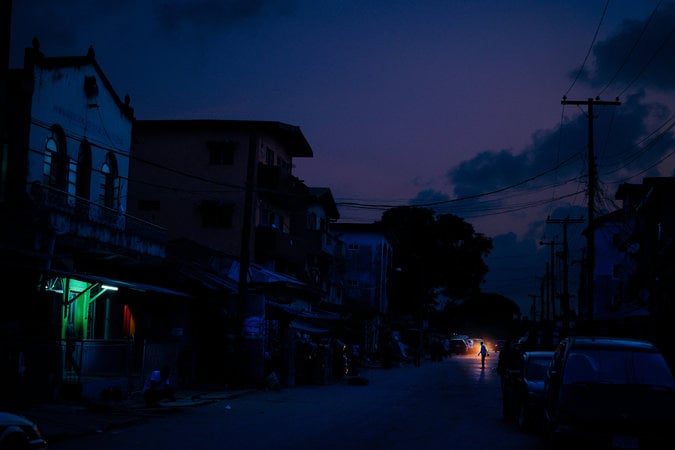 Relief will soon come to residents of Ondo South Senatorial District, who have suffered excruciating pain of electricity blackout for 14 years, going by promises made by their Senator in the national assembly.

Senator Nicholas Tofowomo, representing the District in the National Assembly has re-assured the constituents that they will be reconnected to the national grid by 2022.

Tofowomo, a PDP stalwart, gave the assurance on Saturday during a facility tour of the ongoing power installation sub-station in Erinje, Okitipupa Local Government Area of the state, being constructed by the Niger Delta Development Commission (NDDC).

The district includes; Okitipupa, Irele, Odigbo, Ese-Odo and Ilaje Local Government Areas (LGAs) were disconnected from the national grid by the Benin Electricity Distribution Company (BEDC) over an alleged debt running to several millions of naira.

The senator, on September 21, lamented about the 14 years blackout at the senate plenary, which made the senate compel NDDC to move back to the project site.

Tofowomo said that he was impressed with the 95 per cent level of work at the 33 MW sub-station, saying communities in the district would enjoy uninterrupted power supply by 2022 Easter celebration.

“It’s so disheartning that the Southern part of the state can be in blackout for 14 years while Okitipupa LGA hosted Omotosho Power Plant and the Erinje Power Sub-Station.

“The project is now at 95 per cent completion and I urge constituents to be patient with the contractors as I can assure them that they will celebrate next year’s Easter with uninterrupted power supply,” Tofowomo said.

Meanwhile, a community leader in Erinje, Solomo Bitire, while commending Tofowomo for taking a bold step on the issue, also thanked youths of the area for not disrupting activities at the sub station site.

He also thanked the Bring Back Our Light (BBOL) group, convened by Olumide Akinrinlola, who first championed the struggle all through the 14 years of blackout.

“We thank all stakeholders who have contributed to this struggle, especially the NDDC, Tofowomo and BBOL. I pray that at the end we will witness electricity again in this district,” Bitire said.