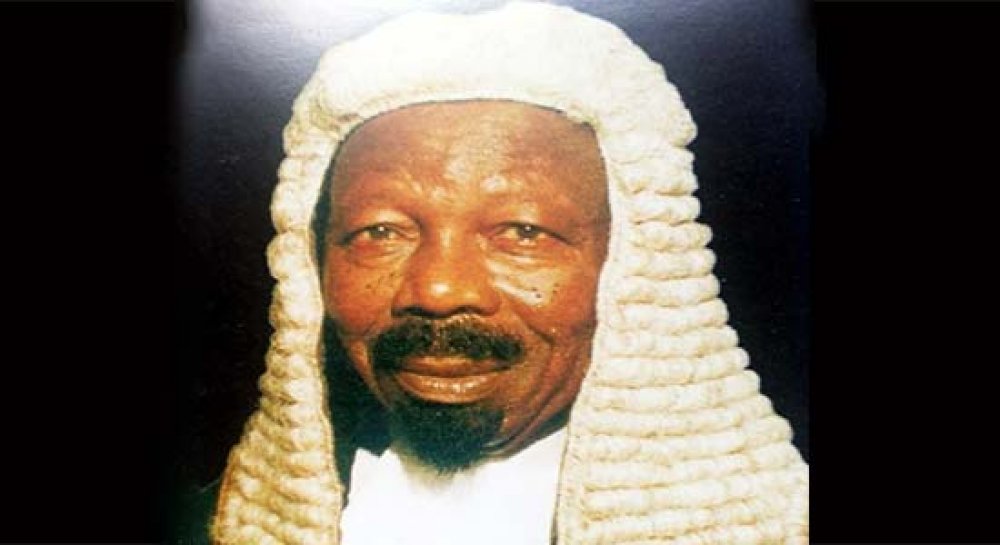 Prof. Ijalaye, an indigene of Owo in Owo Local Government Area of Ondo state taught law at the Obafemi Awolowo University, Ile-Ife, Osun, for 34 years. He died on March 11, 2021, at the age of 92.

Speaking at the special court sitting, Governor Oluwarotimi Akeredolu of Ondo State described the late legal giant as a veritable pathfinder who positively impacted many lives.

Akeredolu said the international community had lost a mobile encyclopedia, saying that Ijalaye’s indelible mark in the sand of time could not be forgotten.

According to the governor, a richly-stocked library has been set ablaze by the death of the Emeritus Professor of law.

“When an elderly departs, it greatly sets back the community,’’ he said.

According to him, the community, no doubt, has lost a mobile encyclopaedia.

“We have lost somebody who has wisdom, knowledge about the law. Take it or leave it, a richly-stocked library has been set ablaze by his death.

“It is not easy to get his substitute. This loss, undoubtedly, is unquantifiable,’’ Akeredolu said.

He described the occurrence as tragic, saying that Baba’s (father) departure was the eternal disappearance of a man of deep knowledge.

“We have lost a man of integrity. Baba was a very resourceful person whose life positively impacted many people, ” the Governor said.

Earlier, in her address, the Chief Judge of Ondo State, Justice Olutoyin Akeredolu, extolled the sterling virtues of Professor Ijalaye, saying he combined charisma and character.

She said late Ijalaye was a message to the world about how to live and serve humanity, without obstructing any other person’s peace of mind.

“For those of us, who Professor Ijalaye left behind, we should learn from the life and times of this particular departed path-finding father, unforgettable grandfather, loving husband, remarkable family man, exemplary teacher and respected administrator,

“Professor was also an astute public servant, devout believer and religious leader, committed community leader, revered mentor, a distinguished lawyer and outstanding friend; that the essence of man is just memories, after departure from the world,” the chief judge said.

In his remarks, the state Attorney-General and Commissioner for Justice, Charles Titiloye, who also paid tribute to the late legal icon, described the contributions of late Ijalaye to the literature of law in Nigeria as immense.

Also, a representative of Senior Advocates of Nigeria, Mr Adekola Olawoye, said the late Emeritus Professor was a man of candour and a successful teacher who positively impacted many lives.

The Chairman, NBA, Owo branch, Mr Olatunbosun Aganun, who spoke on behalf of five other branches, described the late legal icon as an epitome of brilliance, wisdom, honesty, kindness and great virtues who played his part very well and uniquely on the stage of life.