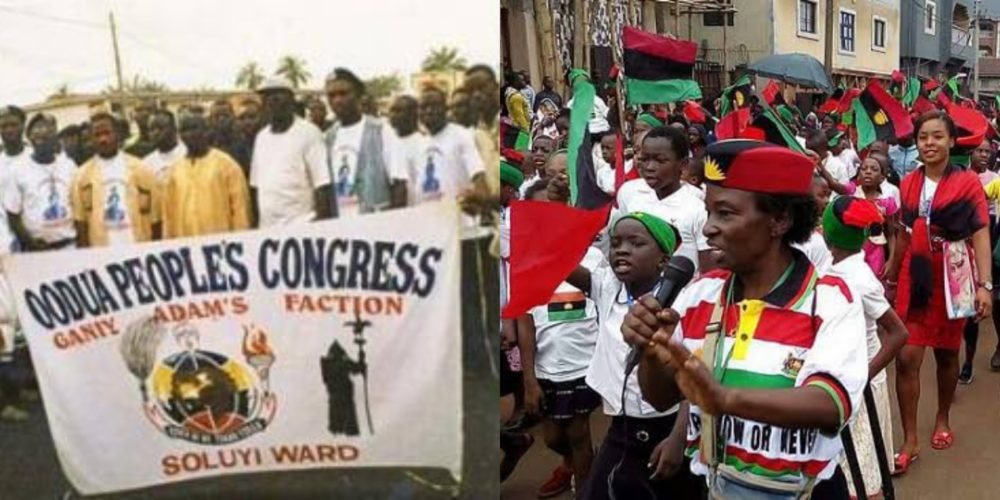 The O’odu People’s Congress (OPC) has replied to the former Chief of Army Staff and Minister of Interior, Lt. Gen. Abdulrahman Danbazau (retd), over his comment comparing the group with terrorist group Boko Haram.

The group berated the former minister for losing touch with reality.

The group in a statement on Saturday by its Publicity Secretary, Yinka Oguntimehin, said the former Army Chief was noted for unguarded utterances.

The OPC reaction maintained that the ex-minister’s statement was capable of heating up the polity and disrupting national peace.

The statement read, “From his statement, it is obvious that the ex-COAS is gradually losing touch with the reality of this time. His statement that OPC and IPOB are the same as the dreaded Boko Haram was made in bad faith and such statement has raised some fundamental questions about his intentions, interests and morality as a former COAS and minister of interior. For such a person to have said that OPC is the same as Boko Haram, it is not only derogatory but the most unfortunate, to say the least.”

Oguntimehim explained that Boko Haram was adjudged globally as the third most dreaded terrorist group in the world, adding that to date, the group remain such with various cases of killings across the North.

The spokesperson added that the OPC had since in existence in 1994 remained one of the most dependable organizations that defend the interest of the South-West.

He added, “OPC has never been involved in any act of insurgency, including kidnapping or killings. Our group has been at the vanguard of supporting the police and providing information that can help them in ensuring effective security at the grass roots. For instance, during the #EndSARS protests, OPC protected some police stations and police formations against unscrupulous rioters who hijacked the peaceful protests.

“Recently, the OPC, under our amiable leader, the Aare Onakakanfo of Yorubaland, Iba Gani Adams, apprehended the notorious kidnap kingpin, Iskilu Wakili, who had been terrorising the people of Ibarapa and its environs. We handed him over to the police. For somebody of Dambazau’s status to liken such a group to Boko Haram truly shows his mindset. OPC has been reorganised, repackaged, and re-orientated in such a way that it has become a thorn in the flesh of bandits, kidnappers and terrorists.’’