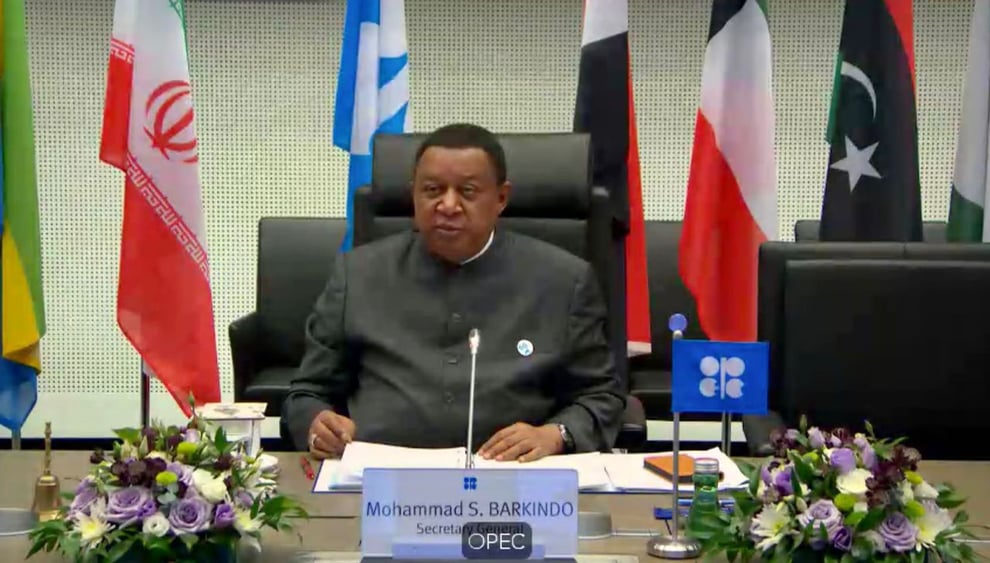 The Organisation of the Petroleum Exporting Countries (OPEC) has lauded President Muhammadu Buhari on his fervent, steadfast support of Nigeria’s energy industry.

The OPEC said a highly successful track record of supporting Nigeria’s industry took a massive leap forward in 2021 when the Petroleum Industry Bill (PIB) was passed by both chambers of the ninth National Assembly of Nigeria.

OPEC Secretary-General, Dr. Mohammad Barkindo made this commendation on Monday at the Presidential Villa, Abuja at the opening of the Fifth Nigeria International Energy Summit (NIES 2022).

The summit which was declared open by President Muhammadu Buhari, represented by Chief Timipre Sylva, Minister of State for Petroleum Resources, has its theme as “Revitalising the Industry: Future Fuels and Energy Transition.”

The summit is scheduled to hold from Feb. 27 to March 3.

“This long-awaited legislation for the oil and gas sector is bringing about the necessary reforms designed to strengthen institutions, solidify regulatory and fiscal frameworks and attract the much-needed investment in a sustainable manner.

“I commend the ninth National Assembly for enacting this long-awaited legislation.

“At OPEC, we very much consider President Buhari as ‘one of our own.’ An OPEC veteran.

OPEC Secretary-General noted that the President had also maintained his avid interest in OPEC, adding that they all drew inspiration from his commitment.

Barkindo also acknowledged Chief Timipre Sylva, Minister of State for Petroleum Resources and Head of Delegation for OPEC for his effort in transforming the industry.

“Excellency, your leadership and active participation continue to enrich our ongoing pursuits to forge a sustainable stability in the oil market,” he said.

He said the theme of the fifth summit which came at a pivotal moment in the history of the industry, encapsulated perfectly the highly challenging and multidimensional dynamics of today’s global energy industry.

“I commend the organising committee, under the able leadership of Mele Kyari, Group Managing Director for Nigerian National Petroleum Corporation Limited (NNPC), for assembling a very thought-provoking and timely programme.

“We can surely expect some highly insightful and useful outcomes from the deliberations we are about to embark on during this Summit,” he said.

Furthermore, he noted that it was extremely important that a major event of this nature was taking place on the African continent, adding that African countries had historically assumed strong, proactive leadership roles in OPEC.

He added that the strong bonds between OPEC and Africa reflected the critical role that the great continent, with its young, vibrant and talented population, would play in the future of the energy industry.

The event has in attendance many dignitaries including the President of the OPEC Conference 2022, Bruno Jean-Richard Itoua, Congo’s Minister of Mines and Hydrocarbons, Budimbu Didier and Gabriel Lima, Equatorial Guinea’s Minister of Industry, Mines and Energy, among others.

NIES is a federal government of Nigeria official energy industry event jointly hosted by the Ministry of Petroleum Resources and all its parastatals, including the NNPC and Nigerian Content Development and Monitoring Board (NCDMB).

The objective of the summit from inception is to deliver the biggest and best African Petroleum Technology and Business Conference that will be the definitive platform, not just for Nigeria, but also for Africa to engage the global energy community.