OPINION: Reno Omokri And His Chatham House Show Of Mockery 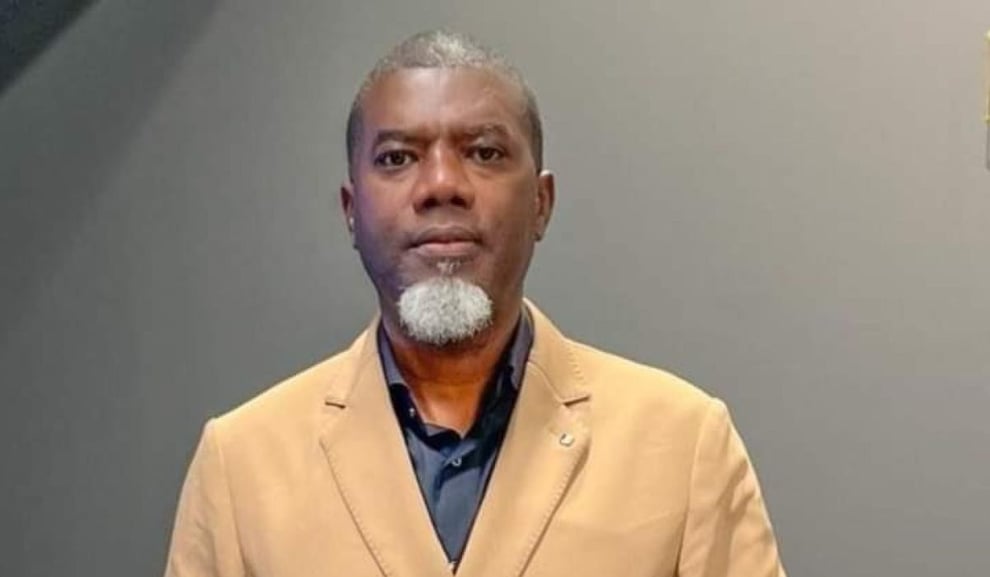 The Nigerian political scene has found its way again to entertain one of its controversial political figures, Reno Omokri.

He was in Chatham House on Monday to cast an incredible movie in Nigerian modern political history.

The presidential candidate of the All Progressives Congress (APC), Bola Tinubu was billed to speak at Chatham House on Monday on his presidential ambition and foresight for the country.

The fact is that ex-presidential aide Reno Omokri was seen amidst supporters of the presidential candidate with different motives.

Tinubu’s loyalists were there to drum support for him, while Reno’s prime aim was to make the venue uncomfortable for him.

Before his arrival, supporters of the party converged, carrying placards in support of their candidate while awaiting his presence.

But Reno bumped into the scene, shouting and calling Tinubu a thief.

Words cannot conveniently paint the ridiculousness of the scene.

What is the relevance of Reno’s latest action?

Reno always wants to be in the news

According to Wikipedia, Reno Omokri is a social media influencer, and everyone who does such a job enjoys being in the news repeatedly.

In 2014 when he was the presidential assistant on new media to Dr Goodluck Jonathan, he jumped to the front of the national dailies.

He said the killing of school children in a federal school in Yobe was masterminded by the Boko Haram, bankrolled by the then ousted CBN Governor, Sanusi Lamido Sanusi.

The accusation prompted counterreactions and follow-up questions because it was a weighty one.

As we count down to the 2023 presidential election, Reno has said the APC candidate is a drug lord and that he had gone to the Chicago State University to certify Tinubu’s academic qualification.

Omokri wanted to be on the news again and successfully got the spotlight with his actions at Chatham.

Omokri is going back on his words

When the presidential candidate of the Labour Party went abroad to campaign, yours truly, Reno Omokri, said in September that it was a display of zero political wisdom.

And working for the presidential candidate of the PDP, Atiku Abubakar, he should not have bothered that the APC candidate was a victim of political foolery going by his words.

He is undoubtedly an inconsistent politician who handles issues as they come without a clear-cut paradigm.

For someone who stays abroad on the grandiose claim of having superb skills in using social media to mobilise legitimacy for governments, Omokri gave Nigeria an undeserved international embarrassment.

Everyone who passes by at that scene will carry an international stereotype that will take a long before it will heal.

A country as slippery as this means the last thing we need is a political disconnect that will come back to haunt our nationals trying to make ends meet around the world.

Who do we believe, Reno or the APC?

The official standpoint of the APC is that Reno was whisked away because he maintained that he pulled one of the best repellent shows to disprove one of his political opponents.

It is hard to believe the members of the APC because they are a political party obligated to polish its public image, whether on or off guard.

But we cannot also think of Reno Omokri judging by his antecedent of murdering facts over the years and the contradictions surrounding the event.

Was Omokri right to pull such a stunt?

Reno’s behaviour does not tick the positive box if we want to judge based on the premise that the 2023 general election was to be on issues instead of calumny and hatred.

Even the singular act could cause violence moving forward because this is an election time that people’s emotions could be triggered.

It is unsure that Reno’s show was approved by his principal, Atiku Abubakar because it is certainly not among the ways of scoring valuable political points.

Hopefully, prospective foot soldiers would not devise such a strategy by Reno Omokri at Chatham House because it could lead to what the 2023 election does not envision.