OPINION: The Edo Train Station Kidnap Was Man Made 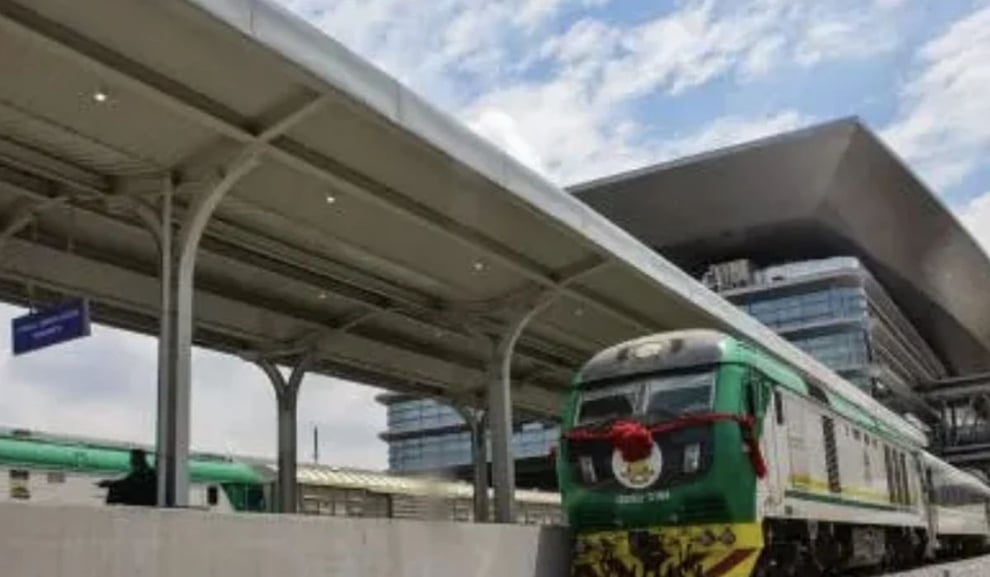 Many lives have been lost, families have wailed and wept for irreparable losses, political jobbers have scored cheap points and the government efforts, if there are ever any, have been shattered. It is however unprecedented to learn that traditional rulers and indigenes connived with kidnappers on the Igueben train station attack.

How staggering could the revelation sound?

The armed kidnappers who tormented the Tom Ikimi train station in Igueben and abducted no fewer than 20 passengers in Edo State on January 7, 2023, are insiders.

Reports have it that some youths in Esan land were paid  N20,000 each and given cows to allow the kidnappers who posed as herders access to their forests.

It is appalling and unreasonable that some Nigerian youths, the leaders of tomorrow, played the devil's advocate and sold their fellow citizens for less than $100.

There is an increasing heat of discussions that the value and significance of traditional institutions are beginning to wane.

They are now proteges of state governors and could be removed at will.

But conniving to inflict pain on fellow citizens is an entirely new low.

It was gathered that some traditional rulers in the area were technically behind the attack.

Sources revealed that the local traditional rulers were kidnappers' fixers and they always knew before they struck.

The traditional societies are our bailout structure in the neighbourhood.

But according to the information available to AllNews Nigeria, some traditional rulers and youths in communities around the railway have been nabbed in connection to the attack.

Community policing in the mud

A sacrosanct keynote in the restructuring framework is state/community policing.

But judging from the recent development, there should be a broader outlook on the system.

A reliable anonymous source told our correspondent that some hunters and vigilante groups are tattletales to the kidnappers.

One of the victims who regained freedom earlier said under the condition of anonymity, “The kidnappers were six fully armed men."

The source disclosed that the kidnappers took them to different destinations upon receiving information from their inside sources that the police and army were combing the forest for them.

"I understand the Hausa dialect very well and I overheard them saying one of the vigilantes told them that the Special Force would strike very early in the morning.

"The second time they said they (Special Force) were in the forest and that they had identified one of the camps.

"This second information was brought by a vigilante, while the third informant was a hunter", the source detailed.

“I also heard them say they would ask one of their informants to escort them to the Delta State side of the forest where they would keep us if security agents disturbed them further.”

They are Nigeria's case study of state police in the country.

Some Nigerians are even rooting that the local security network should be empowered like their police counterparts.

Recently, a community leader in Iseyin Oyo state, Lateef Oriade told our correspondent: "The vigilantes and hunters ought to be available to prosecute offenders."

How then is it explainable that they connive with Nigeria's biggest security threat, the kidnappers?

Until they changed strategy

Nigeria went agog as soon as the news of the kidnapping broke.

But when Nigeria's security hit top gear, they discovered that there were saboteurs.

According to a source in Edo who took an interest in the case, operatives of the Edo State Intelligence Surveillance Team alongside other security agencies combed the forest on a rescue mission by 9om on January 14, 2023, without involving hunters and members of the vigilante group who were assumed to be conversant with the forest landscape.

The same night coincided with when the kidnappers were taking four victims whose families had paid the agreed ransom to a designated point, from where their relatives would pick them up.

The kidnappers then directed the "conveying relatives" of the victims to wait far away from where they would drop the freed persons: a male and two females.

One of the rescued victims heard a voice, apparently from the head of the police shouting “Move to the roadside and lie flat else you will be killed.”

The security operatives then scared the kidnappers by shooting sporadically with their General Multipurpose Machine Guns.

Dependable sources furthered that the police ensured that they didn't open fire at the captives by mistake.

The kidnappers fled to the Igueben Amodekian Uromi on the Ugboha Uromi road where they met to discover that they were surrounded.

They then held the Station Manager and another able-bodied victim hostage trading off the other captives for their escapee as they disappeared for safety.

The security operatives packed the victims from the spot to the Police Hospital Cottage in the Government Reserved Area, Benin City for medical attention and rehabilitation.

The peril of the twins by circumstance

The security operatives couldn't rescue the railway personnel and the other victim.

Therefore, the kidnappers used the hiatus to scare their families insisting that they alerted the police and would pay dearly for their inspections.

"They told us they would get what they could not get from others.

"So, they raised our initial negotiation of N2 million to 29 million", a family of one of the victims revealed in confidence.

The light at the end of the tunnel

The security operatives understood that their job was undone. So, they continued to scour in dire search of the other two.

A member of the security team told our reporter on the phone today that they journeyed fit hours through Amudokhuen, Ugboha, Ilushu, Udo and Ekpoma communities.

"I can tell you that we toured the forests in Edo, Delta and Kogi states in search of the trapped victims."

The thorough search prompted the voluntary release of the railway station manager and another passenger a few days after the 12 others were released.