Opinion: TROUBLE IN KONSHISHA (The Nigerian Soldier Deserves Respect From Every Nigerian) 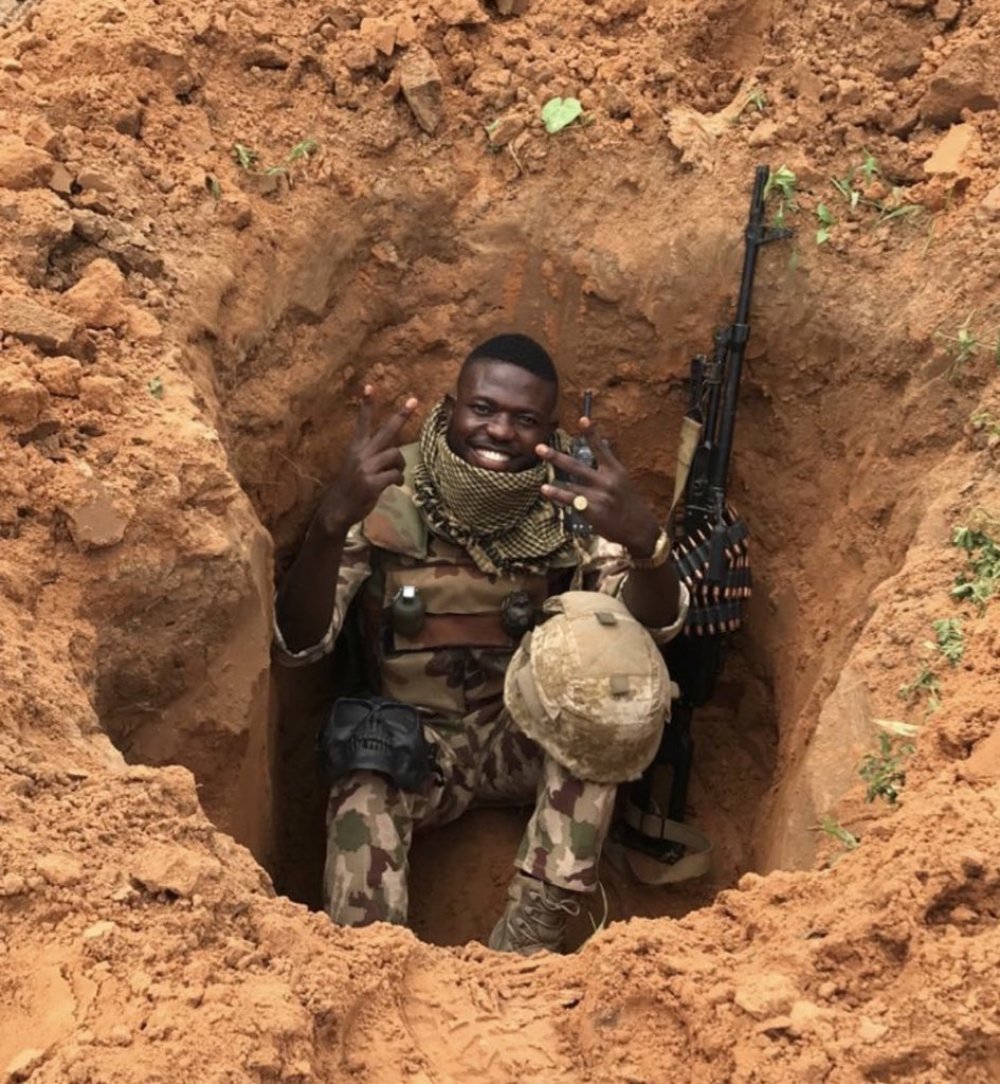 Opinion: TROUBLE IN KONSHISHA (The Nigerian Soldier Deserves Respect From Every Nigerian)

Sad news filtered through this past week of the death of of 11 Nigerian soldiers in the line of duty on Monday the 5th of April, it was unfortunate that these soldiers were reportedly not killed by foreign enemies of the nation, rather they were killed by a millitia contracted by one of the parties in a communal dispute namely the people of Konshisha in Benue State.

It will be recalled that the President had given the Army a brief to bring peace to the many troubled areas in the nation with flashpoints of violence caused by light arms proliferation (currently being discussed extensively in our series "Dystopia in the Nigerian Northwest") in primarily the Northwest of Nigeria but also in some North Central states such as Benue State where this event has occured.

Another source of worry was the lack lustre response in the Nigerian media and Civil society to this event, it is almost like the lives of the gallant heroes and men who actually keep us all safe from the many threats that currently besiege our Nation do not matter to us. Even the Governor of the State, Samuel Ortom in a clip on Youtube barely acknowledged the death of these soldiers and did not even get the number of soldiers killed right stating that only 2 soldiers were missing. There has been no widespread acknowledgement of the price these men have paid in trying to bring peace between the two communities at the heart of the communal dispute over boundary demarcation (Konshisha and Oju), neither has their been Nation wide condemnation of the events and it is almost as if nobody cares about these young men whose lives have been tragically cut short while doing their duty of keeping every Nigerian safe from acts of aggression. The manner in which these soldiers were killed with their bodies burnt beyond recognition and being buried in shallow graves in a forest should be roundly condemned all over the Nation.

It seems many do not realize that the Army as an institution brings together the best of able bodied men and women from all over the Nation with full application of Federal character stipulations of the constitution. On taking a look at the names of the 11 soldiers who have died in the line of duty during the Konshisha incident (listed below), one can't but notice that it seems that all geopolitical zones are represented therein.

The Army remains one of the institutions that keep the Nation together, one in which people from all over the Nation can find brotherhood, deep in the trenches, facing the Nation's enemies whoever they may be and wherever they might be with a spirit of togetherness and watching each others backs be they Igbo, Hausa, Tiv, Yoruba, Jukun, Berom, Ijaw or whatever minority or majority ethnic group they might belong to. The spirit with which these men embrace the call of their Nation brings a tear to one's eye when you see a young yoruba soldier, for example (@Optamasting on twitter pictured above in the feature image of this article and below carrying shells used to bombard Boko Haram in Borno State) braving the elements in a trench in Maiduguri, placing his life on the line far away from home and family to ensure that the predominantly Kanuri people of Borno can go about their daily life in peace without being massacred by the terrorist Boko Haram group and doing it all with a smile on his face. That kind of dedication deserves respect. 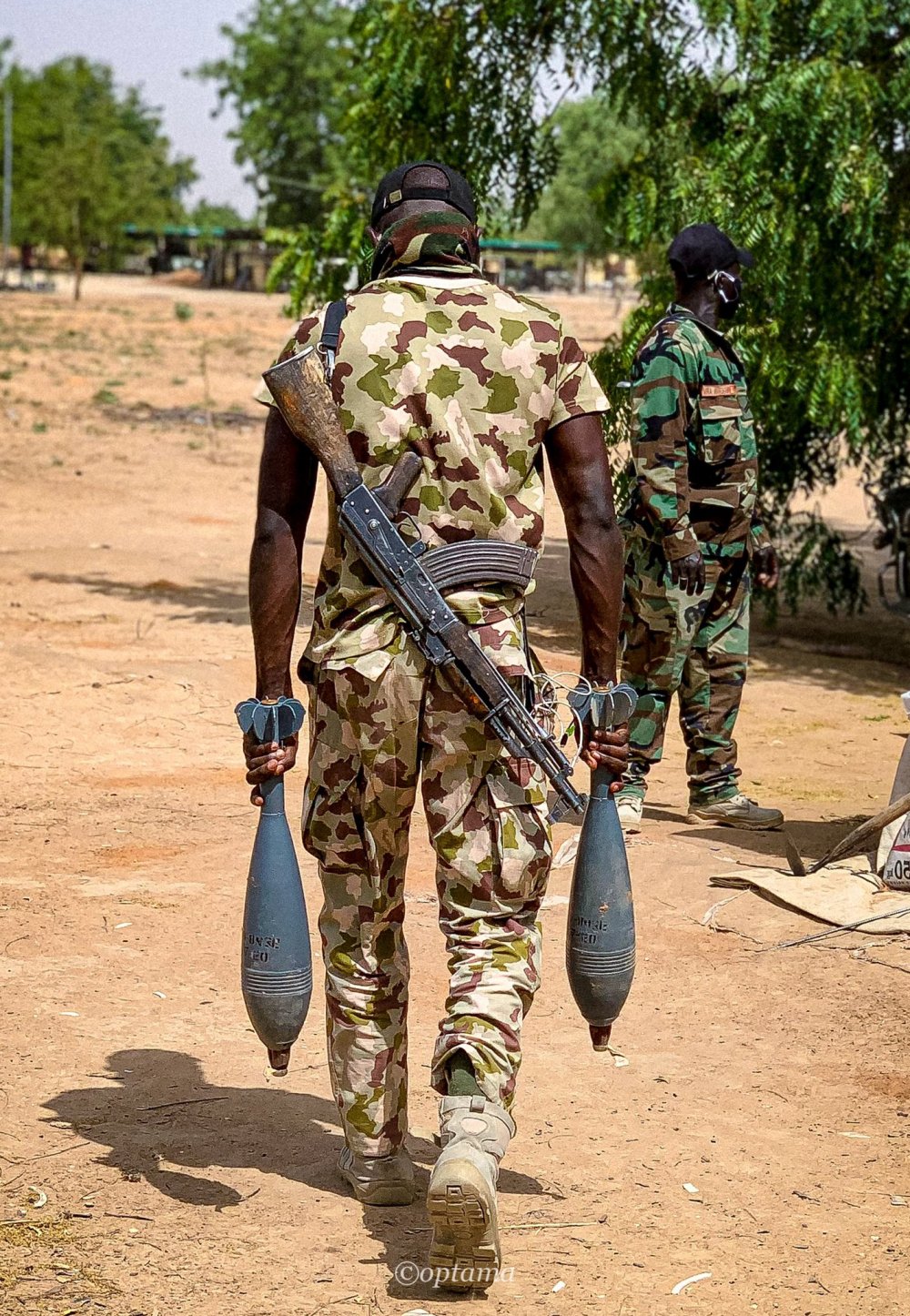 It is clear, this attitude to the death of Nigerian soldiers has to change along with the way people view the Nigerian millitary and those serving in them, it is true that our history with the millitary in the past has been a chequered one of coups, brutalization and extra-judicial killing of civillians leading to the popular recording by the Late Fela Anikulapo Kuti, Zombie which portrays soldiers as mindless drones obeying "Orders from above" but it is also true that we are now in a democracy and that the millitary should now be seen for what they are, a professional corps of heroes, the best of us willing to sacrifice that most precious of things, life itself in service to the Nation such that we all might have peace and be able to sleep easy in our houses.

My heart goes out to the families in different parts of Nigeria mourning these men and I hold on to the hope that they have not died in vain having been in the same position of losing a beloved cousin in service with the Nigerian Army. As they are reunited with their comrades who have gone before and the Unknown Soldier, as the last post sounds at the burial of the remains of these men whose lives were brutally cut short and their remains mutilated in service to the Nation, we should all remember they did it for us and the unity of the nation, they are the best of us and they deserve our respect at all times and not only on January 15.
Rest In Peace Soldiers, your watch is ended but you will never be forgotten.