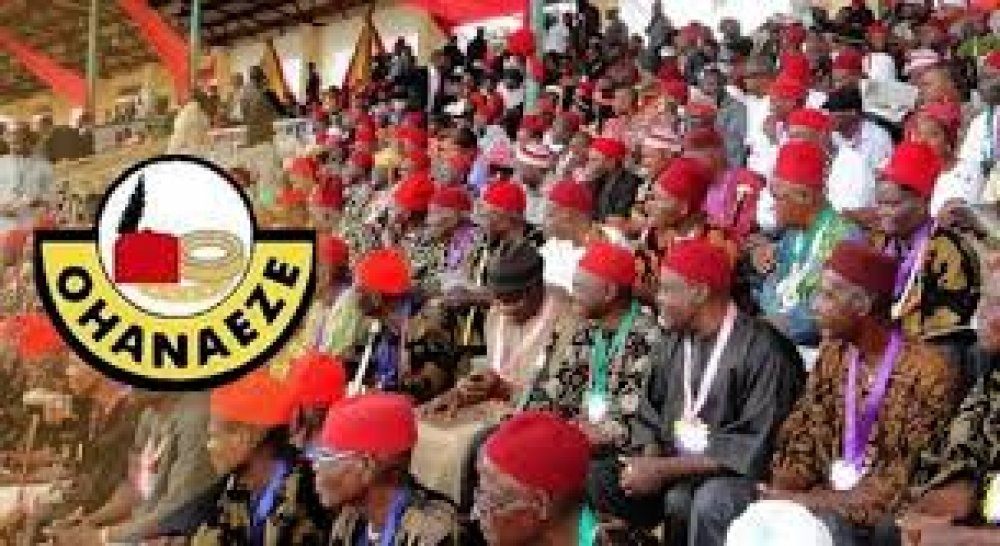 A faction of Ohanaeze Ndigbo led by Engr. Chidi Ibeh has said it will hold Governor Hope Uzodinma accountable and responsible for any life lost Orlu, Imo State.

Recall at least one person was confirmed dead when the Indigenous People of Biafra, IPOB’s Eastern Security Network, (ESN) launched by Nnamdi Kanu and Soldiers clashed in Orlu, Imo State on Monday.

The clash was said to have occurred during a military operation in the community suspected to be the operational base of ESN.

And the Ibeh-led Ohanaeze Ndigbo faction said it has launched investigations into the clash, insisting that the loss of lives and property were unnecessary.

Ohanaeze Ndigbo said that the Governor must ensure that normalcy is immediately restored in Orlu and its environs, adding that Ndigbo are peaceful people and must not be provoked.

In its statement signed by Kalu Mkpa Uduma, Media Adviser to the factions Secretary-General, it said there are proofs that property worth billions of Naira were destroyed “and we call for truce and settlements of those that lost their lives and properties in the clash.”

“We believe in the advancement of Igbo genuine courses in Nigeria. We have the mandate of Igbos to engage Nigerian authorities on the grievances of Igbo youths,” the faction added.

The group said the remote cause of Biafra agitation must be addressed, insisting that dialogue remains the global asset of settling disputes.

“We urge President Muhammadu Buhari to take appropriate actions to ensure that there’s dialogue between him and IPOB, as what’s good for the goose is also good for the gander.

“Governor Uzodinma should be wary of verdict of history. Whatever decisions taken today in the course of protecting lives and properties should not involve military operations in civil disobedience or self-determination.

“Ndigbo will hold Governor Uzodinma accountable and responsible for any life lost in Imo state under any circumstances. “