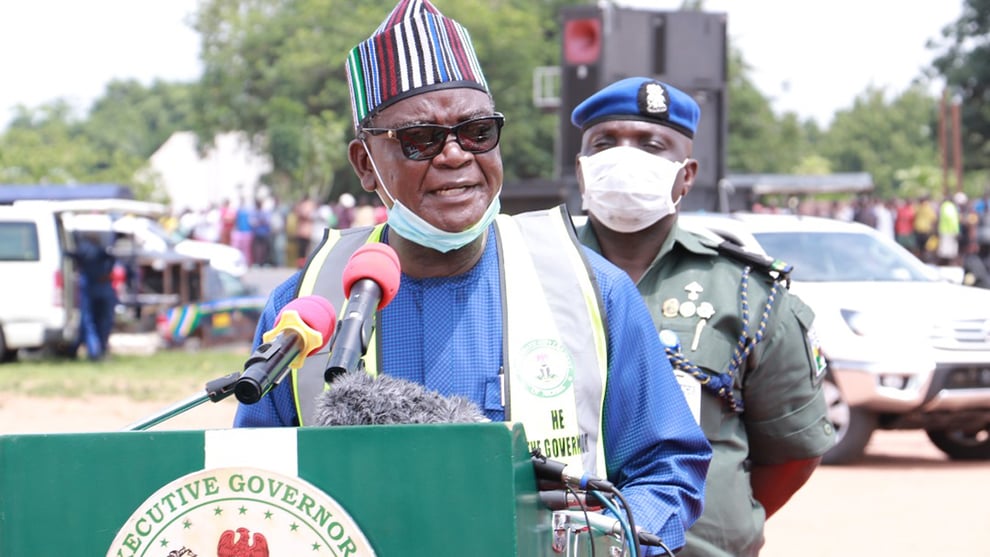 Benue State Governor Samuel Ortom has called on the people of the state to remain united in the task of moving the state forward.

The Governor spoke on Wednesday at the Aper Aku Stadium, Makurdi shortly after the Speaker of the Benue State House of Assembly, Rt. Hon. Titus Uba emerged as the Peoples Democratic Party (PDP) guber flag bearer.

Hon. Uba defeated five other aspirants with 731 votes to emerge the PDP guber flag bearer at the primaries.

An elated Ortom who was addressing party delegates at the venue of the governorship contest amidst shouts of joy shortly after Uba was declared winner, stated that the successful conduct of the exercise was a reflection of the people's will.

The governor praised the peaceful and transparent manner in which the party governorship primary was conducted, noting that it was a collective victory for Benue state.

He pledged to continue offering purposeful leadership direction for the party in the State in order to win the 2023 general election.

The Speaker while reacting to his declaration as the PDP gubernatorial candidate expressed gratitude to the party for choosing him to fly its ticket at the general election.

He assured that he will justify the confidence reposed in him.

Hon. Uba also expressed appreciation to his fellow constestants in the governorship race for the maturity and brotherliness they displayed towards each other and enjoined them to join hands with him to further add value to the state.

According to the governorship candidate, he considered his emergence as a responsibility to rally round all Benue people toward uniting and moving the state forward.

Speaking to reporters on the general conduct of the primaries, Senators Gabriel Suswam, Abba Moro and Orker Jev in their  separate remarks described the process as "peaceful and transparent" and expressed optimism that the PDP candidates will win at the general election.

In all, 14 governorship aspirants were cleared to contest in the primary election.

At the venue of the primaries, 8 out of the 14 aspirants, including, Chille Igbawua, Paul Orhii, Dominic Akaahan, Susan Waya, Donatus Akumbur, Paul Ubwa, Joe Ikyaagba and Boniface Jirbo had earlier withdrawn and declared their support for Hon Uba.

They urged their supporters to vote for the party's preferred choice, citing the interest of the party as their reasons for withdrawing from the race.

Out of the 14 governorship aspirants who were earlier cleared to contest and with the withdrawal of 8, six participated in the primaries.

Chairman of the electoral panel, Oyebode Ojomu who announced the results said 851 delegates were accredited for the exercise with 20 votes recorded as invalid.

Earlier, while commenting the process of the election, Senator Gabriel Suswam said with the transparent manner with which the primary election was conducted, the party has remained strong to go to the polls and defeat other parties.