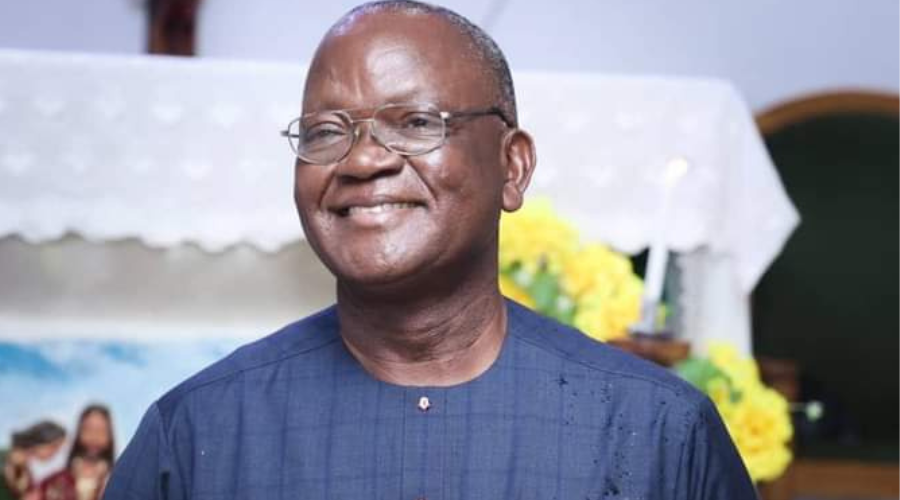 Benue State Governor, Samuel Ortom has charged Christians, particularly clergymen not to relent in praying to God about the worsening security and other challenging issues confronting the state.

Ortom gave the charge on Sunday while addressing the congregation at Saint Michael's Catholic Church, Nyorgyungu Makurdi, the state capital.

The Governor who stated that no challenge was too big for God to solve permanently, said as someone with the mandate of God and the people to govern the state, he has been doing the best to ensure that they have comfortable lives.

He said the continued attacks on Benue communities and killings of innocent people by Fulani herdsmen was not because of the Open Grazing Prohibition and Ranches Establishment Law but the hidden agenda of the aggressors and the failure of the government at the centre to curtail them.

According to Ortom, other states in the country who have no laws prohibiting open grazing were going through similar attacks and killings, which was a clear testament of the aggressors annihilation, subjugation and conquest agenda.

The Governor advised the people to arm themselves with Permanent Voters Cards (PVCs) and actively participate in next year's election by voting for credible people with proven capacity to turn things around in the country.

While responding to an earlier appeal by the priest in charge of the church, Governor Ortom directed the chairman, State Universal Basic Education Board to construct a classroom block for the primary school owned by the church and assured that he would look into their other challenges.