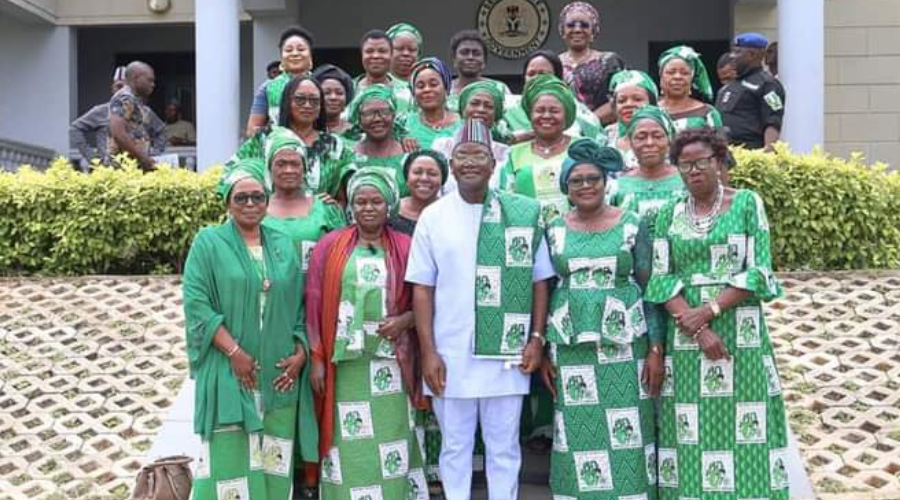 Samuel Ortom and members of the NCWS Benue state chapter

Benue State Governor, Samuel Ortom, has commended the resilience of women in contributing to socio-economic development in the society.

Ortom stated this on Monday while receiving a delegation of the National Council for Women  Societies (NCWS), Benue State Chapter during a courtesy visit.

He said that Benue women have distinguished themselves in various capacities, adding that they have continued to add value to womanhood and the general development of the state.

He lauded the women for keeping faith with his administration and standing firm despite the trying moments.

He noted that women were at the receiving end of dire situations, especially in the wake of herdsmen invasion of Benue communities  which have rendered majority of women and children who now live in Internally Displaced Persons, IDP camps across the state.

The Governor pledged to support the NCWS for the construction of a secretariat and a vehicle to facilitate their activities, with directive to the Commissioner for Women affairs and Social Development as well as the Special Adviser on Local Government and Chieftaincy Affairs.

He charged the women to get their Permanent Voter's Card (PVC) before the the end of the registration, saying it was a tool with which they could elect leaders of their choice in next year's general polls.